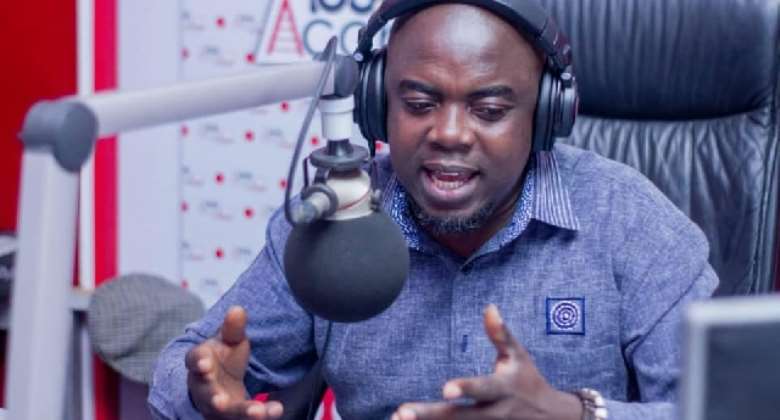 My attention has been drawn to a letter written by one Ms. Elizabeth Ohene to the BBC in relation to a report on the government of Ghana’s failure to improve free speech. While I will respond to some of the accuracies in the letter, it is important to also situate this response in its proper context: first by explaining Ms. Ohene’s background and interest in the matter, and then by delving into the issues raised in relation to the letter.

Madam Ohene is a Ghanaian journalist and politician. In her later life, she is better known for penning articles that attack her political opponents. She is also the head of the disciplinary committee of the New Patriotic Party , which has formed the government in Ghana. She again is an influential member of the communications team of the party . In other words, nothing that the government communicates goes without her approval. By inference, the relationship that the government has with the media and other free speech stakeholders has substantial input from her and her office. This is one of the major reasons she takes umbrage with the report. Her consternation, while understandable, is laced with inaccuracies that need to be corrected.

Madam Ohene talks about press freedom itself. She alleges that Mr. Barker-Vomarwor worked with the two preceding presidents, as if that is enough grounds to doubt his fidelity to the cause that has cost him his freedom, his wellbeing, and even his doctoral studies. Madam Ohene conveniently ignores the fact that the young man openly criticized the former governments and continued when government changes. She also opens a fallacious box by assuming that anyone who has worked for a government has a nefarious agenda when their opponent is in power. Is her closeness to power then the reason why she is up in arms anytime her government is critiqued for its wrongdoings?

But perhaps most shockingly, someone who consistently claims to have suffered from political power totally dismisses the abuse that Mr. Barker-Vormarwor suffered while in unlawful custody. This is a young man who was illegally arrested, illegally detained for a whole month, tortured, and then subjected to a court procedure that hearkens to the same past that Madam Ohene consistently rails against.

On second thought, anyone who has closely followed her articles should not be too surprised by her casual overlook of such abuses. In 2021, another young man, this time a journalist at the local station Citi FM, was unlawfully arrested and tortured by thugs purportedly from the national security outfit. When Caleb Cudah spoke about his ordeal, Madam Ohene wrote a response where she rather attacked him .

It is, therefore, understandable when a person of this caliber decides to take on the BBC for simply reporting some of the worst atrocities to occur in a country that is known for its freedom of speech.

It also explains her description of me as having a claim to fame premised on attacking opponents. I do not need to talk about my background, having established some of the most vibrant and influential political talk shows across various radio platforms in this country. Such a diversion moves away from the core of the issue.

The core of the issue involves alarming attacks on journalists since Akufo-Addo’s government took charge of the country. Ahmed Suale, a colleague of the celebrated undercover journalist Anas Aremeyaw Anas, was killed by unknown thugs in 2017 . The circumstances of his murder were disturbing. His face was displayed on television by Kennedy Agyapong, a member of parliament of the ruling party and a bankroller of the government. Agyapong offered a reward for anyone who would harm the young man, and he was promptly killed. Yet, the authorities did nothing to Agyapong.

In 2019, Edward Adeti, a journalist in the Upper East Region, exposed a minister who was complicit in environmental degradation and attempted to bribe Adeti . His reward was personal attacks on him and his family, while the minister was transferred to the presidency.

Manasseh Azure Awuni, formerly of Joy FM in Accra, was chased out of the country after he aired a documentary that exposed the government’s association with vigilante groups that compromise the security of the country. Awuni was so scarred by the attacks that he has publicly called Akufo-Addo worse than President Mahama.

Hajia Fati, a prominent member of the ruling party, literally slapped Ohemaa Sakyiwaa Ahwenepa, a journalist , after sending death threats to Kwakye Afreh Nuamah, another journalist. The slap occurred at the NPP headquarters, a place that Madam Ohene is familiar with. Unsurprisingly, Madam Fati was let off the hook.

Yet, Madam Ohene is pained that neither the National Media Commission nor presidency or the Ministry of Information was contacted by the BBC, even though all the heads of these institutions are appointed by the president and, therefore, owe allegiance to the same people that she communicates for. By calling the neutral organization, the Media Foundation for West Africa biased for no reason, she further exposes her agenda as arguing for the sake of partisanship.

Instead of dwelling on the unfortunate fact that Madam Ohene has gone full rogue in terms of her defense of free speech, I want to focus on speaking truth to power in a time when state capture has reached the level where almost every public institution is constrained by government interference. John Dramani Mahama, the former president of the Republic of Ghana, was a president under whom freedom of speech flourished. People could say anything and not get punished. The current president himself falsely accused President Mahama of spending $10 million on diaries , among other unfortunate attacks. This lie - among others - was exposed, and nothing happened to Akufo-Addo.

Despite getting away with false accusations, today, journalists are picked up gestapo style, while radio stations have been shut down because they are affiliated with the opposition party. I myself was picked up illegally and unlawfully detained earlier this year, and I have my own story to tell.

The biggest irony in this whole enterprise is that Akufo-Addo has said repeatedly that he prefers reckless journalism to empty bootlicking .

Away from this issue, Madam Ohene alleges that the government lost many parliamentary seats due to the president’s fight against illegal mining. A bit of context is needed for this outright lie. The irony is that the current president himself, Nana Akufo-Addo, campaigned in 2016 as an opposition leader, promising he would not stop small scale mining , only to win power and then purport to clamp down on the practice. Meanwhile, his appointees and party officials engaged in wanton illegal mining to the extent that many rivers and waterbodies have turned brown due to the lust for gold and other precious minerals. I will provide three examples of this failure.

The lack of political will to fight the menace was so dire that the government failed to prosecute Ms. Aisha Huang, a Chinese businesswoman who was known as the queen of illegal mining in Ghana. When the then senior minister was asked in 2019 why she was released instead of punished at an event in Washington, DC, he flippantly replied that prosecuting her would be of no value to the country , not least because Ghana was negotiating with China for a loan. A government that was bent on eradicating illegal mining would have at the very least sacked a few ministers and officials over this issue. It is no surprise that nothing happened.

Another embarrassing example occurred in 2019, when Charles Bissue, a party official and secretary to the inter-ministerial mining committee against illegal mining, was caught on video allegedly taking a bribe to perpetuate the illegal mining menace . While he was suspended pending investigation, nobody was punished for this egregious act.

A final example, perhaps the most disgraceful one, involved the minister of environment, who was also caught on tape with a party official talking about how the party needed money from illegal mining . Under these gentlemen, as many as 500 seized excavators went missing and no one was punished. The farcical nature of the story is worth an article on its own.

No one in their right mind can call any of these responses a serious commitment to ending the fight against illegal mining. To connect the parliamentary losses to such a fight shows how far from reality some of Madam Ohene’s thoughts are.

But I challenge the BBC to undertake an independent and private investigation into the fight against illegal mining between 2017 and 2022. Use your networks, intelligence, and other resources to see how far Nana Akufo-Addo was willing to go to rather use illegal mining to fund his party’s activities. The fourth estate in Ghana has been severely compromised under this government. We need all the help we can get to ensure that we indeed speak truth to power.

Latest Photo Reports
Catch up with all the political quotes from our politicians.
Advertise here
More from Letter
ModernGhana Links
Senyo Hosi writes: Open Letter To H.E. The President The One Big Decision - Replacing Ken, If At All!
Open Letter To Hon. Dr. Geoffrey Kini, MP Nkwanta South
Open letter to the president on the hard truth for sacking Finance Minister without further delay and other national relevant maters to ensure Ghana achieve durable macroeconomic stability anchor on solvency
TOP STORIES