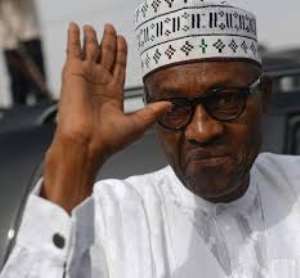 Socio-Economic Rights and Accountability Project (SERAP) has filled a lawsuit against President Muhammadu Buhari, asking the court to “declare illegal, and incompatible with the oath of office, and public interest the recent pardon granted to former governors of Plateau State, Senator Joshua Dariye, and Taraba State, Rev Jolly Nyame who are serving jail terms for corruption.”

Mr Dariye and Mr Nyame were recently pardoned alongside 157 others convicted for various offences. The two men were investigated, prosecuted and convicted for stealing N1.16 billion and N1.6 billion respectively from their state treasuries, while they were in office between 1999 and 2007.

In the suit number FHC/L/CS/825/2022 filed last Friday at the Federal High Court, Lagos, SERAP is asking the court to determine “whether the exercise of the power of prerogative of mercy to grant pardon to Mr Dariye and Mr Nyame is compatible with the public interest, the oath of office, and constitutional duty to combat corruption.”

SERAP is asking the court for “a declaration that the exercise of the power of prerogative of mercy to grant pardon to Mr Dariye and Mr Nyame is compatible with the public interest, the oath of office, and constitutional duty to combat corruption.”

SERAP is also asking the court for “an order setting aside the pardon granted to Mr Dariye and Mr Nyame in the public interest, and for the sake of the integrity, well-being and prosperity of Nigeria, and the country’s international obligations.”

In the suit, SERAP is arguing that: “If the presidential pardon is not set aside, impunity for corruption will increase, and many influential politicians will continue to escape justice for their alleged crimes.”

SERAP is also arguing that, “It is in the interest of justice to set aside the pardon for Mr Dariye and Mr Nyame. Presidential pardon for grand corruption cases is incompatible with the rule of law, as it undermines equality before the law.”

According to SERAP, “the pardon power ought not to be exercised to shield influential politicians and politically exposed persons from justice and accountability.”

SERAP is also asking the court for “an order directing and mandating President Buhari and future presidents to consider the public interest, the requirements of oath of office, and constitutional duty to combat corruption in any future exercise of the pardon power.”

SERAP is further arguing that, “the presidential pardon power must be exercised in good faith, and in line with the provisions of Chapter 4 of the Nigerian Constitution on fundamental rights.”

Joined in the suit as Defendant is Mr Abubakar Malami, SAN, Attorney General of the Federation and Minister of Justice.

The suit filed on behalf of SERAP by its lawyers Kolawole Oluwadare and Opeyemi Owolabi, read in part: “The pardon power, if properly exercised, can help to protect citizens against possible miscarriage of justice.”

“Section 15(5) of the Nigerian Constitution of 1999 (as amended) provides that ‘The State shall abolish all corrupt practices and abuse of power.’”

“Article 26 of the UN Convention against Corruption to which Nigeria is a state party requires the government to ensure ‘effective, proportionate and dissuasive sanctions’ including criminal and non-criminal sanctions, in cases of grand corruption.”

“Article 26 complements the more general requirement of article 30, paragraph 1, that sanctions must take into account the gravity of the corruption offences.”

“The pardon for Mr Dariye and Mr Nyame is antithetical to the public interest, the requirements of the Nigerian Constitution, and the country’s international obligations including under the UN Convention against Corruption.”

“The pardon also constitutes an interference in the exercise of judicial power. Because the pardon appears to be arbitrary, it undermines the authority and independence of the judiciary, and access to justice for victims of corruption.”

“While there is no doubt that Section 175 of the Constitution vests wide discretionary power in the Nigerian president to grant pardon, it does not stipulate the conditions under which such power should be exercised.”

“However, when section 15(5) of the Constitution is read together with the oath, it would seem to impose some ethical conditions on the Nigerian president to ensure that the exercise of the discretionary power of prerogative of mercy is not such that it will encourage corruption or impunity of perpetrators.”

“The latest Transparency International’s Corruption Perception Index shows that Nigeria scored 24 out of 100 points, ranking 154 out of 180 countries surveyed, and falling back five places from the rank of 149 in 2020. This places Nigeria as the second most corrupt country in West Africa.”