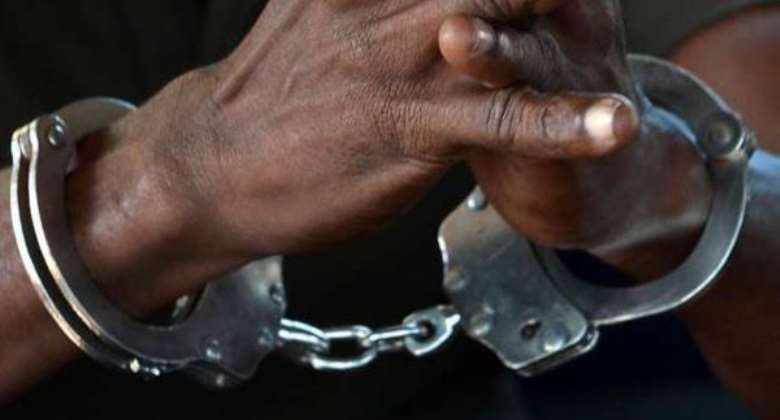 The Takoradi Circuit Court has sentenced a 49-year-old self-acclaimed 'Mallam' to five years imprisonment for defrauding by false pretense contrary to section 131 of the Criminal Offenses Act 1960 (Act 29).

The accused, Ibrahim Adelove, is said to have duped a Takoradi-based businesswoman, Kike Rahim, of $10,000 equivalent to GH¢77,000 under pretense of securing some goods from Togo.

The accused had earlier duped the businesswoman of huge amount in Ghana cedis to help her reverse some so-called misfortunes in life.

The court presided over by His Lordship Michael Ampadu convicted Ibrahim and sentenced him to serve as a deterrent to others.

Prosecuting, Chief Inspector Robert Yawson told the court that complainant Kike Rahim is a trader who deals in spiritual fragrances and ointments in Takoradi.

In 2019, she approached Ibrahim Adelove, a self-acclaimed 'Mallam' who resides in Kwesimintsim in the Effia-Kwesimintsim Municipality of the Western Region.

He added that the accused tactfully established acquaintances with the complainant to assist her to put brakes on her spiritual retardation.

The accused later revealed to the complainant that her own mother was the cause of her backwardness in life and promised to help her to clear the bondage.

Complainant naively believed the self-acclaimed Mallam and he succeeded in extorting countless amount of money from her.

The self-acclaimed Mallam convinced the complainant to give him money to buy her merchandise at a considerably cheaper rate from the Republic of Togo.

She accepted the idea and gave the accused an equivalent amount of $10,000 in Ghana Cedis for the purchase of the items.

After a week, the accused was nowhere to be found and several phone calls to his phone proved unsuccessful.

He later told the complainant that the whole money got missing whilst in transit to Togo.

The businesswoman, however, debunked his claims, insisting that he pays back her money.

The accused returned to Takoradi but refused to pay back the money.

On Wednesday, March 9 at about 5:00pm, the complainant spotted the accused around Davi Ama Chop Bar in Takoradi and raised an alarm that led to his arrest.

The accused admitted receipt of the money and further admitted that he invested it in a petrol business in Togo but the business unfortunately crashed.

Serwaa Broni attack: Give us information to impeach Akufo-Ad...
7 minutes ago