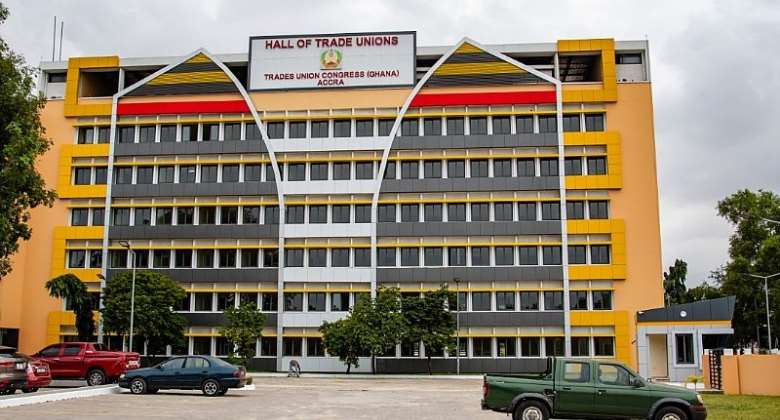 Labour unions especially those with membership from public institutions must join forces with the Civil and Local Government Staff Association of Ghana (CLOGSAG) to demand for the neutrality allowance as they also benefit from its implementation, Mr Abraham Koomson, Secretary-General Ghana Federation of Labour (GFL) has stated.

Mr Koomson, therefore, urged CLOGSAG and other public institutions to educate the general public on the importance of the neutrality allowance, stressing “CLOGSAG must sensitize the public on why its members deserved to receive the allowance and its importance to the successful running of the government”.

CLOGSAG on April 21, 2022, declared an indefinite strike to press home their demand for the government to pay the neutrality allowance as agreed in January this year.

Some persons and labour unions have criticized the action by CLOGSAG and the justification for asking to be paid neutrality allowance for their inability to partake in partisan politics as civil and local government staff.

However, Mr Koomson speaking to the media in Tema monitored by the Communication for Development and Advocacy Consult (CDA Consult) noted “CLOGSAG has to let the public understand that the controversial neutrality allowance has nothing to do with the political affiliation of any civil servant. Because by the terms of employment, civil servants are debarred from showing political biases on the job.”

He explained that the tag of the allowance as neutrality was a wrong description adopted by the government to provoke public condemnation of it.

He said raising issues against the neutrality allowance by the Ghana Trades Union Congress (TUC), and Public Service Workers Union (PSWU) was wrong, as that would affect negotiations between CLOGSAG and the government on the issue.

“It was not proper for workers’ organizations like TUC and PSWU to publicly complain about benefits to be enjoyed by counterparts to undermine the ongoing negotiations between CLOGSAG and the government,” he stated.

The GFL Secretary-General indicated that strategically, the best approach was for the TUC, and PSWU to have waited for the implementation of the allowance for CLOGSAG members, and then other public sector workers could legitimately demand an extension of the allowance to cover their departments and sectors.

Let’s avoid violence, anything that will tarnish image of NP...
19 minutes ago