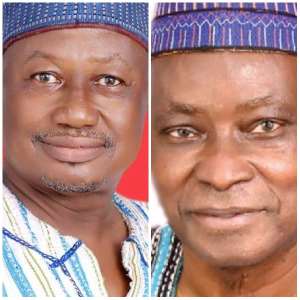 The People’s National Congress (PNC) has cautioned its members to “disregard a purported Standing Committee meeting being called by the removed leader and chairman, Mr David Apasera and Moses Dani Baah, respectively”.

In a press statement signed by General Secretary Janet Asana Nabla, the party said the two men “have been relieved of their position by the party and they have no capacity to call for a Standing Committee meeting”.

It said any Standing Committee member who attends “this purported meeting will be referred to the disciplinary committee for questioning”.

The statement directed that “their respective vice-chairmen should act as chairmen with immediate effect”.

“We are instructing our members from these regions to cease regarding the duo as chairmen until the investigation is completed”, the statement warned.

Also, the party said its leadership has referred Mr Mark Awusi to the police “for impersonating the Acting Youth Organiser of the PNC by writing to TV3 purporting he was the Youth Organiser”.

It said, “Gross insubordination is something the PNC frowns upon and will not tolerate”.

The party said it is holding a National Executive Committee meeting come on Thursday, 12 May 2022, to look into the court ruling directing Mr Apasera and Mr Dani Baah back to the party to seek redress.

Akufo-Addo going to IMF is not victory, it's a day of sadnes...
22 minutes ago