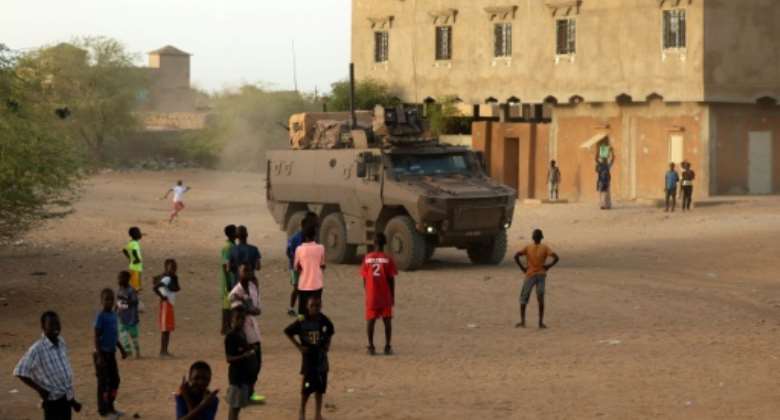 France said it will continue the withdrawal of its forces from Mali. By Thomas COEX (AFP)

France hit back on Tuesday at Mali's decision to renounce a military cooperation agreement as "unjustified" and said it would not change the military withdrawal that is underway and follows a falling-out with the ruling junta.

After several weeks of threats, Bamako announced on Monday that it was quitting the 2014 accords, accusing French troops of "flagrant violations" of its sovereignty.

It was the latest confirmation of deteriorating relations between the junta in Mali and the former colonial power.

A foreign ministry spokesman told reporters that Paris "considers that this decision is unjustified and absolutely contests any violation of the bilateral legal framework".

France has begun removing soldiers serving in the Barkhane force from Mali following two coups in the country and rising tensions with the military-controlled government.

"France will continue the withdrawal in good order of its military presence in Mali, in line with the commitments it has made to its partners," the ministry spokesman said.

The French army issued a statement adding it considered the defence accords were still valid "until the last French soldier has left Malian territory".

The heated exchanges between the two capitals came as diplomats said the UN Security Council had held a closed-door session on Mali on Tuesday at Russia's request.

Mali had complained to the global body about alleged multiple violations of its airspace by French forces, with Russia accusing Paris of spreading lies against Moscow and Bamako, diplomats said.

Junta spokesman Colonel Abdoulaye Maiga had said on Monday, "For some time now, the government of the Republic of Mali notes with regret a profound deterioration in military cooperation with France."

He referred to the June 2021 decision by France to end joint operations with Malian forces and the decision taken in February to pull out thousands of French troops from Mali.

France has already pulled out of advanced bases in Tessalit, Timbuktu and Gossi but still has to leave Menaka and Gao. "The withdrawal will be completed before the end of summer," the army said.

The United Nations is set to decide in June whether to maintain its 14,000-strong military and police mission in Mali.

The France-Mali defence accords were signed in 2014 after Paris intervened to stop a jihadist offensive.

But since a first military coup in August 2020, France's relationship with Mali cooled as the junta resisted international pressure to set a timetable for a swift return to democratic, civilian rule.

The junta initially promised to restore civilian rule, but failed to meet a commitment to West African regional bloc ECOWAS to hold elections in February this year and is now under regional sanctions.

Paris and Washington have objected to the regime's rapprochement with the Kremlin, accusing Bamako of allowing in mercenaries from Kremlin-linked security firm Wagner.

Vast swathes of Mali lie beyond government control because of the jihadist insurgency, which began in 2012 before spreading three years later to neighbouring Burkina Faso and Niger.

The conflict led to thousands of military and civilian deaths and forced hundreds of thousands of people to flee their homes.

Speaker Bagbin calls on Israeli counterpart in Jerusalem
15 minutes ago