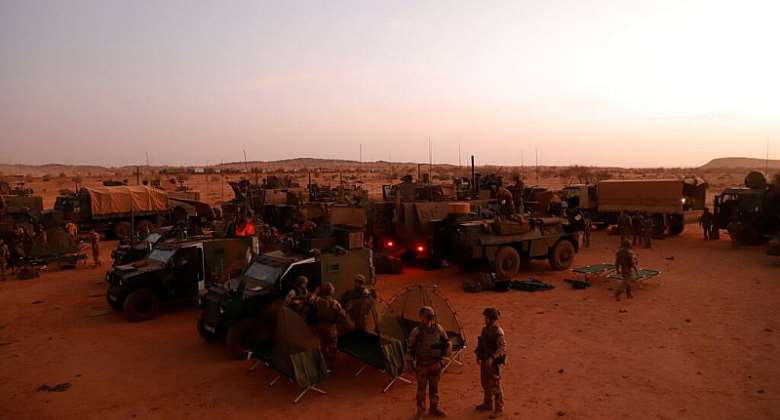 Mali's ruling junta has announced it is breaking off its defence accords with France and other European partners that were put in place nearly a decade ago to help the Malian military stop a jihadist offensive.

In a televised statement, unta spokesperson, Colonel Abdoulaye Maiga, said Mali had noticed "a profound deterioration in military cooperation with France" for some time now.

Malian authorities said they informed France of their decision to end the Status of Force Agreements, or Sofa.

This deal provides the framework for the French Barkhane operation deployed in 2013 to help the Malian military fight jihadists in the north of the country, as well as the European Takuba forces deployed in 2020.

Separately, the junta is revoking a defence cooperation treaty signed in 2014 between Mali and France, a year after French troops were deployed in 2013.

The decision to revoke Sofa will take effect immediately, said Maiga, while the end of the cooperation agreement with France will happen in six months' time.

France has not issued an official reaction to the junta's announcement.

He also said France's decision to pull its troops out of the country in February of this year was made “again with no consultation with Malian partners”, and evoked multiple instances of French forces having violated the country's airspace.

The relationship between France and Mali has deteriorated since the junta – which took power in August 2020,following protests over the government's handling of the war against the jihadists – resisted international pressure to set a timetable for a return to civilian rule.

France has also objected to the junta's working with the Russian-linked security company, which it says is providing mercenaries deployed in Mali.

The junta claims the Russians are simply providing instruction to its military.

Speaker Bagbin calls on Israeli counterpart in Jerusalem
54 minutes ago