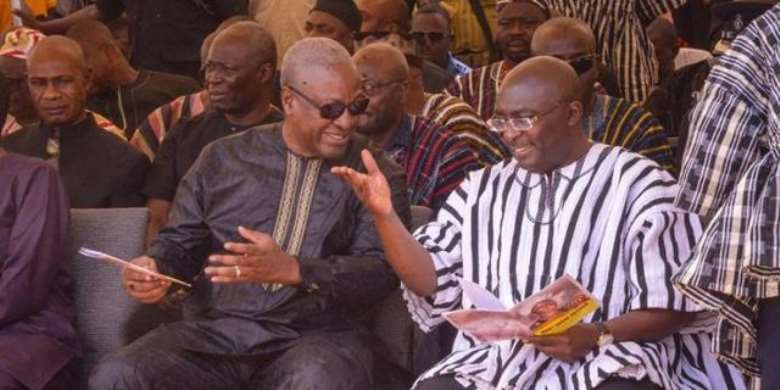 Former Ghana President, John Dramani Mahama has started another war with Vice President Dr. Mahamudu Bawumia over the management of the economy.

Delivering an address to the nation on Monday, May 2, 2022, the leading member of the NDC described the vice president as a self-styled economic messiah who has now become a poster boy for economic mismanagement.

“The economic management team has failed and must be reconstituted immediately with fresh ideas and perspectives having supervised the worst public debt build-up, worst budget deficit, worst debt to GDP ratio, worst credit rating downgrade, worst-performing currency in the world, worst crisis of confidence in the economy…

According to the former President, it is time those who have mismanaged the Ghanaian economy are held to account.

In his speech, he said Finance Minister Ken Ofori-Atta must be immediately sacked.

“Those directly responsible for the economic crisis must bear responsibility, and it is inconceivable that the Minister of Finance [Ken Ofori-Atta] remains at post. Having presided over the worst economic meltdown in Ghana’s recent history, the president must, as a matter of urgency and without further delay relive the Minister of Finance of his position,” the 2020 presidential candidate of the opposition NDC said.