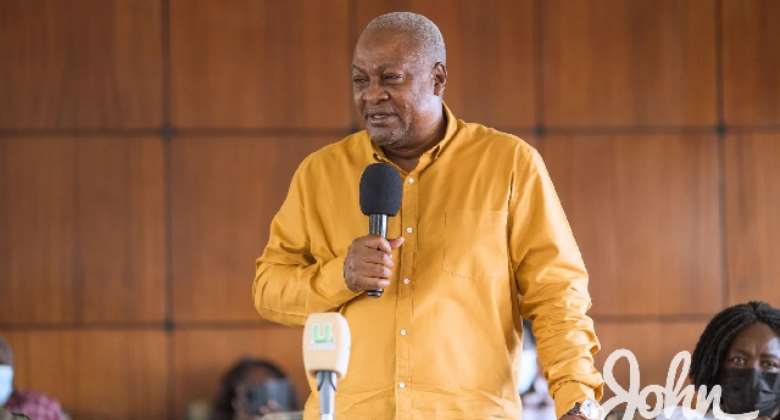 According to the former President, the Finance Minister has not performed according to expectations since assuming office in 2017.

Speaking at an event organised by the NDC in Accra, on Monday, 1 May 2022, dubbed:‘Ghana at a crossroads,’ Mr Mahama, noted that, the Finance Minister and the country’s Economic Management Team (EMT) have thrown Ghana into an economic crisis and brought hardship on the people.

He said: “It is inconceivable that the Minister of Finance still remains at post.

He also criticised Vice-President Mahamudu Bawumia, who heads the EMT, for leading the team to plunge the country into debt despite holding himself out as a self-styled economic messiah.

“Ghana’s economy ranks among the worst managed in the world. It is characterised by unsustainable public debt due to an unprecedented fiscal deficit, comparatively high and still rising inflation, a rapidly depreciating currency, spiralling cost of doing business, ever-rising cost of living, high level of corruption, abuse of civil and human liberties, and a general loss of investor confidence.”

“Having supervised the worst public debt build-up, debt to GDP ratio, and the worst crisis in the world, ever-rising inflation, unprecedented crisis, the current head of the economic management team [Dr. Bawumia] has clearly fallen from his ivory tower as a self-styled economic messiah to a poster boy and his leadership or the EMT is no longer tenable,” Mr Mahama stated.