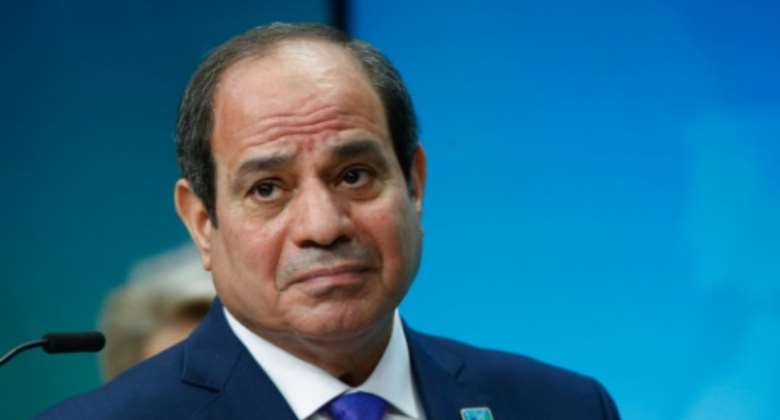 Egypt's President Abdel Fattah Al-Sisi, seen at a February 2022 summit in Brussels, has been urged by the United States to probe the death of a prominent economist. By JOHANNA GERON (POOL/AFP/File)

The United States on Monday urged a credible investigation into the death of an Egyptian economist as it denounced certain "shocking" setbacks in the country's human rights record.

"We are deeply disturbed by reports surrounding the death in custody of Egyptian researcher Ayman Hadhoud and allegations of his torture while in detention," State Department spokesman Ned Price told reporters.

"The circumstances of his detention, of his treatment, of his death, we think, require a thorough, transparent and credible investigation without delay," Price said.

Price said the United States would raise human rights concerns with Egypt, including "significant and shocking setbacks as in this case," although he also welcomed the recent release of 41 political prisoners.

Hadhoud was a member of the liberal Reform and Development Party, whose founder Mohamed Sadat -- the nephew of former president Anwar Sadat -- has served as an unofficial negotiator on behalf of prisoners.

Egyptian prosecutors insisted last month there was no criminal suspicion in the death of Hadhoud, saying that doctors believed he suffered mental health issues.

His brother Omar Hadhoud rejected the finding and said his brother's face and skull had fractures, although he was unsure of the cause.

Rights groups say Egypt is holding some 60,000 political prisoners, while President Abdel Fattah al-Sisi insists there are none.

US President Joe Biden took office vowing a firmer line on human rights with Sisi, a close partner of previous US president Donald Trump, including conditioning some aid on progress.

But the Biden administration also turned to Sisi last year for assistance in brokering a ceasefire between Israel and Palestinian militants Hamas.