Akufo-Addo promised to transform Ghana in 18 months; he has rather subjected Ghanaians to excruciating hardships – Mahama 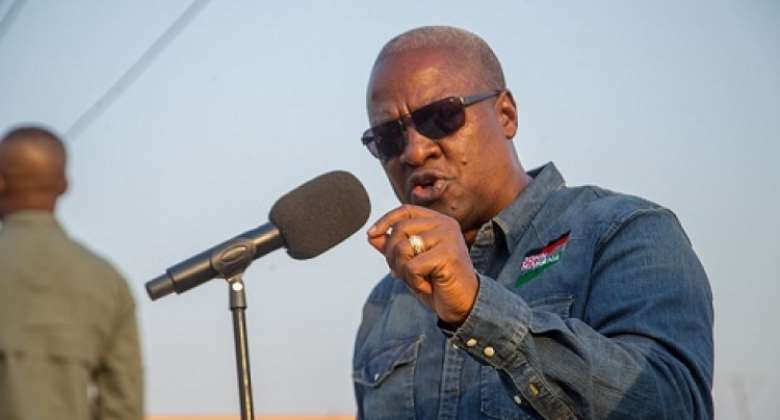 Former President, John Dramani Mahama has taken a swipe at President Nana Addo Dankwa Akufo-Addo for the unbearable hardship in the country.

He said the President is a 'promise and fail' leader.

Addressing the country on Monday, May 2, 2022, Mr Mahama said although the President promised to transform the country in 18 months, he has ended up subjecting the Ghanaians to excruciating hardships.

He said amid the hardships, the government has also refused to accept responsibility for the mismanagement of the economy.

“On the economic front, Nana Akufo-Addo and the NPP pledged to transform Ghana within 18 months, grow our economy at double digits, reduce borrowing, ensure fiscal discipline, bring down the cost of living, lower taxes, and protect the public purse.

“They promised also to live Ghana from taxation to production. In effect, none of these has been achieved. Instead, Ghanaians have been subjected to excruciating hardships and deprivation resulting directly from the mismanagement of the economy by a government that lacks the humility to accept responsibility and the capacity to appropriately diagnose the root causes of the challenges that have brought us here,” John Dramani Mahama said while speaking on the theme ‘Ghana at a Crossroads’.

The 2020 Presidential candidate of the NDC added, “Rather they constantly seek to impose on us their version of the economic reality, denying that food prices have gone up insisting that the business climate is very favourable.”

In his speech, John Dramani Mahama said the Akufo-Addo government has led Ghana to the verge of bankruptcy and it is likely the country will have to default on debt repayments.

In his view, the painful epiphany is that in Ghana today the frustrations of Ghanaian people are at an all-time high.