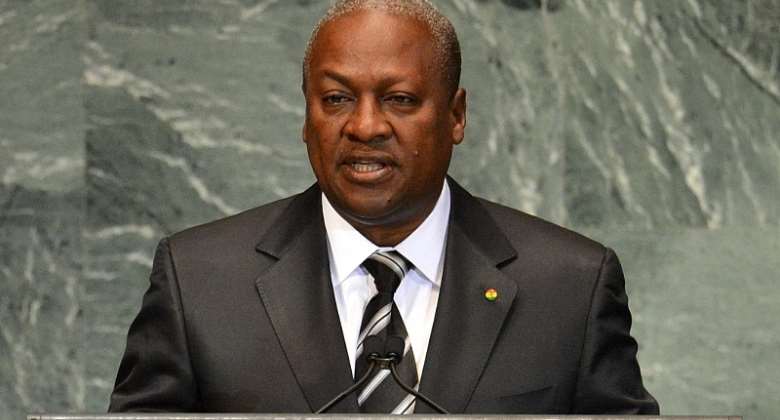 Former President John Dramani Mahama has accused the ruling government of using what he terms chaotic shouts and insincere tactical analysis to cover up the reality of the hardships in the country.

On Monday, May 2, 2022, the former Ghana President addressed the nation on the theme; "Ghana at a Crossroads."

The address which touched on several issues including how government led by President Nana Addo Dankwa Akufo-Addo has handled the economy.

In his speech, John Dramani Mahama said instead of accepting the realities on the ground, the government and its officials have decided to use untruths as a means of defense.

He said the Akufo-Addo government while lacking ideas has decided to use name-calling approaches to silence anyone that speaks out.

“Interestingly the condescending responses of government officials to public complaints have often accentuated the frustration and anger of the people. A government bereft of ideas has resorted to incarceration of critical voices, name-calling of citizens and unfair categorization of the labour force and huge numbers of unemployed youth as lazy and undeserving,” ex-President John Dramani Mahama bemoaned.

The NDC leader continued, “Worst of all the government has been using chaotic shouts and insincere tactical analysis leading with dubious comparisons and outright untruths to manage the narrative.”

According to Mr. John Dramani Mahama, his fear now is that Ghana is on the verge of bankruptcy all thanks to the economic mismanagement of President Akufo-Addo's government.

He lamented saying, the painful epiphany is that in Ghana today the frustrations of Ghanaian people are at an all-time high.