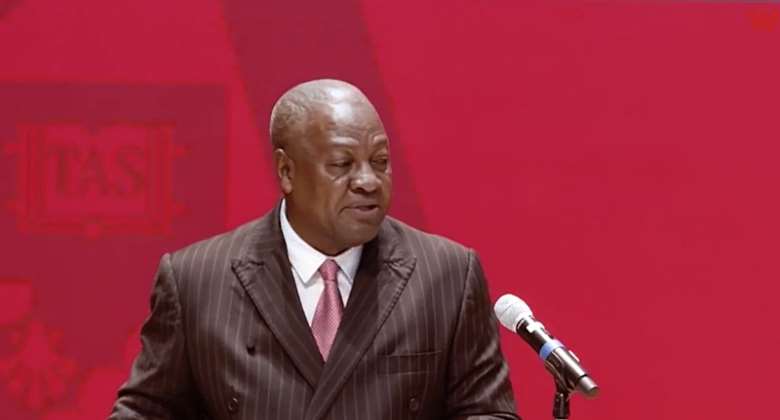 Former President John Dramani Mahama has accused the Akufo-Addo's government of abandoning the Constitutional Review process started by his administration.

He maintains that Ghana’s constitution needs a comprehensive review after three decades of existence.

Mahama said the amendments must be carried out to meet the current challenge the country faces and must also reflect the dreams and aspirations of the general populace.

Speaking at the opening of a meeting by the NDC Professional Forum in the Ashanti Region, John Mahama said the NDC will revisit the constitutional review process and complete the exercise if it returns to office.

“It is regrettable that as with almost everything else, this government has abandoned that work we did with regard to the constitutional review process and has failed to move the process forward. [If we win power] We in the NDC will continue and finish the process to ensure that the 1992 constitution evolves into an even stronger document embodying the hopes and aspirations of the ordinary people of Ghana,” he said.

The former president also criticized President Nana Addo Dankwa Akufo-Addo for what he said were dictatorial tendencies exhibited by the government.

He said some of the actions of the government threatened the country’s constitution and democracy.

“In recent times, under the government, many fundamental principles that should ground our democracy as dictated by the constitution have come under threat. There have been aspects of the behaviour of this government and the leadership that mimics the activities of brutal dictatorships.