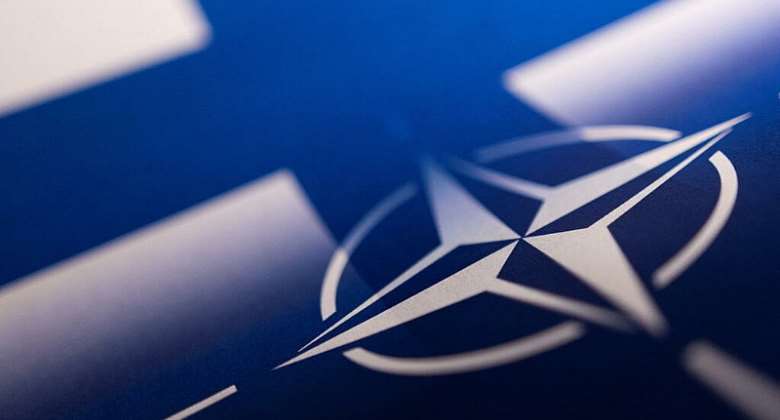 NATO military exercises are set to begin near the borders of Russia and Ukraine, while Sweden and Finland ponder membership of the western alliance. Meanwhile, Beijing, which is sympathetic to Moscow, questions NATO's credibility, saying the alliance has outlived its original Cold War purpose.

During his daily press conference on 28 April, Chinese Foreign Ministry spokesperson Wang Wenbin said that "NATO has messed up Europe."

The alliance, he says is a "product of the Cold War" which has failed to make "necessary adjustments in accordance with the changing times".

Instead, it has become a "tool to seek world hegemony" for "certain countries," creating "confrontation and disturbances," including "wantonly waging wars and dropping bombs on sovereign states," while ordering other countries to "abide by the basic norms of international relations."

His angry outburst came after remarks by UK Foreign Secretary Liz Truss, who said on Thursday that a victory in Ukraine for Russian President Vladimir Putin would have "terrible consequences across the globe". She went on to say that more, heavier, weapons should be sent to Ukraine despite the risk of escalating the conflict.

"We must be prepared for the long haul and double down on our support for Ukraine.

"Heavy weapons, tanks, aeroplanes -- digging deep into our inventories, ramping up production. We need to do all of this.

"Inaction would be the greatest provocation."

On Friday, the UK government said in a press release that NATO will hold "one of the largest deployments since the Cold War.

"Tens of thousands of troops from NATO and Joint Expeditionary Force allies and partners (JEF, a cooperation led by the UK, with the Scandinavian and Baltic states, Iceland and the Netherlands) are involved in the exercises," according to the statement.

The months-long drills in countries stretching from Finland to North Macedonia will involve 8,000 UK troops as well as soldiers from France and the United States.

Finland, which is considering joining NATO, on Thursday welcomed an alliance vow to protect the Nordic country from any Russian interference during its potential application process.

Finland and Sweden, both militarily non-aligned, are debating whether to seek NATO membership as a deterrent against potential Russian aggression in the wake of Moscow's invasion of Ukraine.

But the countries' leaders have acknowledged the Nordic states could be left open to Russian cyberattacks or territorial violations in the months before a bid is ratified.

NATO chief Jens Stoltenberg, speaking to reporters in Brussels on Thursday, said he was "certain that we will be able to find arrangements for that interim period between the time when Finland and Sweden apply and when the formal ratification is finalised."

Akufo-Addo going to IMF is not victory, it's a day of sadnes...
33 minutes ago