Neutrality allawa: You may disagree, but we must be rational and logical in our analysis — Prof. Gyampo goes after Prof. Adei 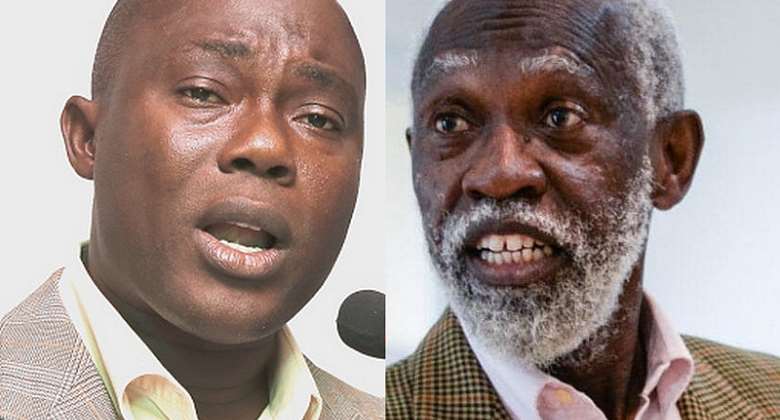 Political Science lecturer at the University of Ghana, Professor Ransford Gyampo has asked analysts to be fair and reasonable in their analysis of the demand by the Civil and Local Government Staff Association of Ghana (CLOGSAG) regarding neutrality allowance.

He said inasmuch as some may disagree it was important to maintain an impartial analysis.

Speaking on Joy News’ ‘AM show’ today, he said he was surprised at comments made by some prominent persons like Prof. Stephen Adei, a former Rector of GIMPA.

He added that Prof Adei's comment was quite surprising because he was part of those loud voices who maintained their neutrality till he decided to become partisan and enjoy several benefits.

In the same vein, Prof Gyampo noted that CLOGSAG is saying that civil servants who choose political sides are favored and elevated with political promotions and appointments leaving the neutral ones behind which is unfair.

"Therefore all they ask is to be given an allowance for the trouble they go through in executing their duties," he intimated.

He continued, “you may disagree with this, but we must be rational and logical and fair in our analysis of this situation. The way to go if you disagree is not to say that they should be kicked out and replaced by soldiers. Professor Adei we knew him when he was a neutral academic and he knows the salary that he took.

“When he decided not to be neutral and joined partisan politics, he knows the number of boards that he served on and how that translated into resources available that were given to him by way of certain allowances and all that. We know all these things so why do you change standards or shift goal posts simply because today things are different?”

He asserted that “I think our politics will continue to be seen as dirty and a game of lie so long as eminent people do not uphold principles in their discussions when it comes to matters of politics.”

Hottest Photo Reports
Catch up with all the political quotes from our politicians.
Advertise here
More Headlines
ModernGhana Links
Pay personnel our March and April salary arrears to reduce the hardships - NASPA to National Service Scheme
VIDEO: How thousands welcome Otumfuo at Koforidua to mourn Daasebre Oti Boateng
NPRA Board, Management call on Bawumia
We will work to significantly increase number of Ghanaians on pension schemes – Bawumia
Major Mahama trial: Prosecution closes case on 14 accused persons; hearing adjourned to May 30
KATH accountant case challenging his dismissal against hospital management thrown out
I’m accused of money laundering when I travel because of anti-gay bill – Sam George
Scrapping E-levy will be difficult when collateralised—Prof Bokpin
US groups offered me money to drop anti-LGBTQ+ bill, they wanted sort me out for life – Sam George
TOP STORIES