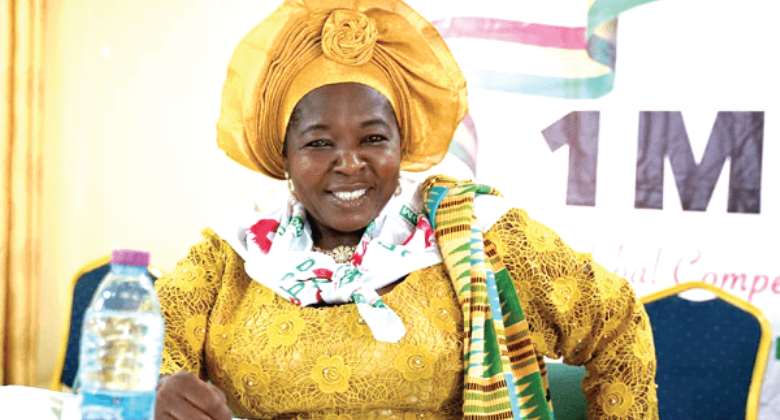 The Convention Peoples' Party (CPP) has slammed its leader and Chairperson, Akosua Frimpomaa Sarpong Kumankumah whom they accuse of fueling chaos and discord in the party.

The CPP chairperson on Monday reported five national executive officers of the party to the Adabraka Police station in Accra for allegedly making derogatory statements about her.

The five have since been granted self-recognizance bail.

In a Citi News interview, the General Secretary of the Convention Peoples' Party (CPP), Nana Yaa Jantuah, said the actions of the chairperson are unfortunate.

“She doesn't know what it does to members when these things happen. We are all together as one irrespective of whatever happens. This is what we call democratic centralism. We may have our differences but when it comes to unity and sanctity of the party, we need to protect it and this woman has not protected it. How do you take members of your party to the police station? The CPP is not a war zone, she just has to step aside for a re-run.”

The Central Committee of the CPP directed Akosua Frimpomaa Sarpong Kumankumah to step aside after she gained 43% of the total votes cast in their chairmanship elections of August, 2020.

It’s said, the votes she garnered do not make her qualified for the position she occupies.

In a statement, the Central Committee said it has resolved to conduct a run-off election between Akosua Frimpomaa Sarpong- Kumankumah and the first runner-up, Comrade Hajia Hamdatu Ibrahim.

However, she has criticized attempts by the party's central committee to remove her from office.

Ms. Kumankumah said calls for her to step aside are needless, given that she legitimately won the election based on the majority of votes.

“As the Council of Elders said, I did not elect myself. I did not swear in myself. They decided to use a simple majority which I got more than 240 to the next person and I won in ten regions. I was elected and properly sworn in, and I have been in this position for almost two years,” she said on Eyewitness News.

Ms. Kumankumah asked the committee to resort to the right procedures in getting their concerns addressed if they felt the processes leading to her election were illegal.

Meanwhile, the CPP Council of Elders has condemned the Committee's attempts to remove Ms. Kumankumah from office.