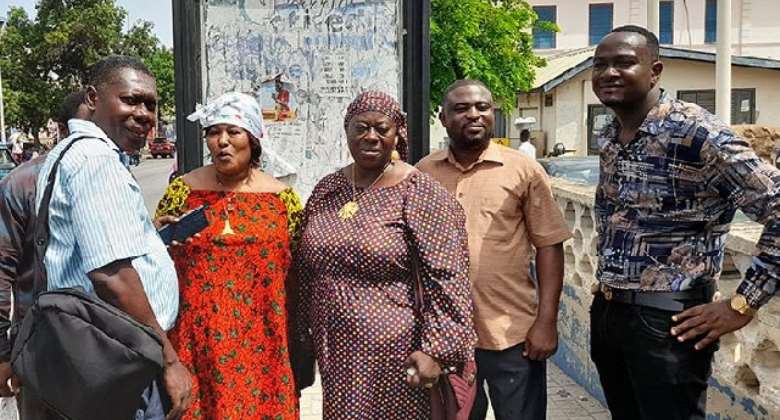 Five national executive officers of the Convention People’s Party (CPP) who were arrested on Monday, 25 April 2022, for making derogatory statements about their National Chairperson, Nana Akosua Frimpomaa Sarpong-Kumankumah, have been granted self-recognisance bail by the Adabraka Police.

The Adabraka Police invited the five national officers to the station to give their statements regarding a complaint of insult lodged against them by Nana Sarpong-Kumankumah.

The police said no charge had been preferred against the five persons yet but they have been granted self-recognisance bail and are to report on May 11, 2022.

Some weeks ago, the Central Committee of the CPP said Akosua Frimpomaa Sarpong-Kumankumah does not qualify to hold herself National Chairperson of the party since she was not validly elected.

The Committee stated that Akosua Frimpomaa Sarpong-Kumankumah, who is also the leader of the party per its constitution, did not obtain the 50 per cent or more votes needed to validate her election as Chairman and has, thus, recommended a run-off between the now-deposed Chairman and her closest contender in the 2020 internal polls, Hajia Hamdatu Ibrahim.

The resolution followed an objection raised by the party’s First Vice-Chairperson, Mr Onsy Kwame Nkrumah, to the legitimacy of Nana Frimpomaa Kumankuma’s chairmanship.