Is the Economic Situation in Ghana Gloomy or Rosy? Economic Expectations of Consumer-voters in the Northern Region 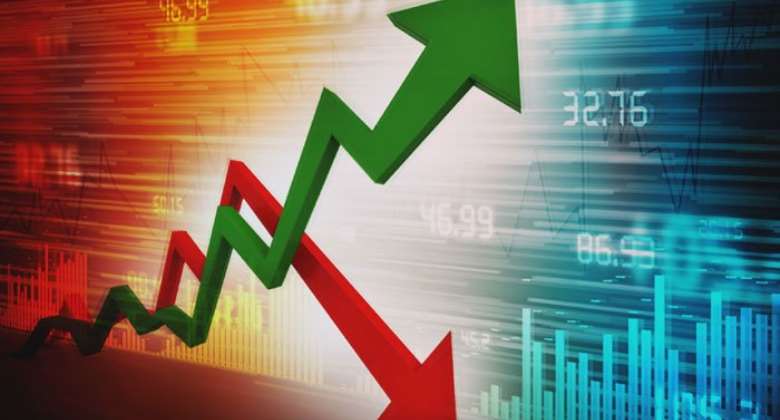 The work was motivated by events in the last quarter of 2021. The events include but are not limited to the rejection and subsequent approval of the budget, the myth of economic shutdown, the E-levy, the IMF debate, the size of the nation’s debt, and debt servicing issues. These were issues the media highlighted.

The strength of this study is in our choice of the research setting and the size of our study sample.

We targeted “market days” for the data collection. Aside from their socioeconomic significance, the days present populations that are rich in demographic diversity. More importantly, the market places would allow us to interact with the economic actors in action and since the study was about economic expectations there could not have been a better setting. The study had 1845 as its sample.

Nine (9) major district “market days” in the Northern Region were targeted in January 2022. The Northern region was selected because it has evolved from being an NDC stronghold to a level where it has become a major battleground. Both parties have nine parliamentary seats each. Our criteria for subject selection were based primarily on availability, willingness, and readiness to participate in the study. Our team on the field had no control or influence over these factors. There is no reason to impugn any form of bias in the way the respondents were approached and interviewed. Also, research scholars have argued that when the sample size is high (1845) the results of the study are protected from the influences of random error.

In this study, One thousand eight hundred and forty-five (1845) people were asked:

Sixty-three percent (63%) of citizens in the study say the national economy will get worse in 2022. We note that majority of consumer voters in our study are pessimistic about the economy.

We then decided to analyze partisanship and economic expectations. 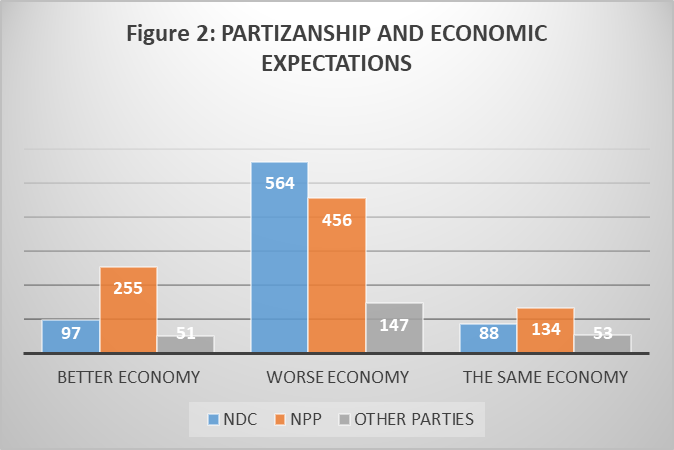 We find this strange because what the political economics literature says is that partisan supporters of a government will normally view the performance of their party favorably.

What we have discovered is Political Economic Reality Effect (PERE) where partisan supporters (based on their evaluation of local economic/political situation) present positions on the national economic situation that significantly differ from those of party elites.

Citizens` confidence in the future of the economy is dependent on the confidence they have in the country’s political leadership (De Boef & Kellstedt, 2004). Whiles the managers of the economy want us to believe the nation is in good hands and so things will be rosy, citizens (even partisan supporters) disagree and think that the situation is gloomy.