Developing Guwahati as a people-friendly city 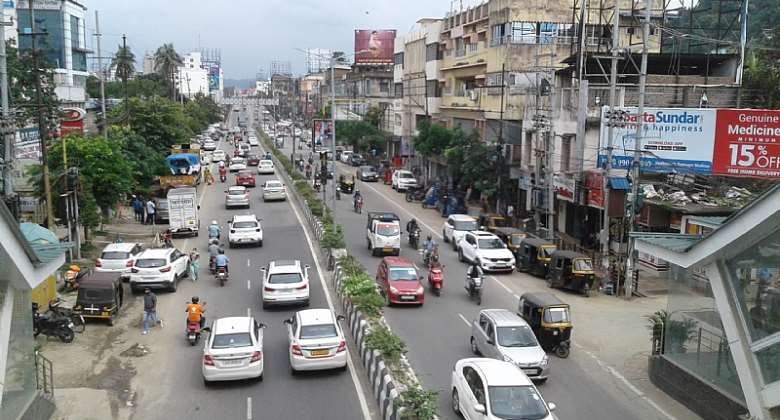 The virtual capital city of northeast India today supports nearly 1.2 million dwellers along with 6 to 8 lakh floating population and amazingly Guwahati is still expanding to the north bank of mighty Brahmaputra river. Identified as a strategic city while New Deli is looking forward to south-east Asian nations, Guwahati has now an elected body to look after various needs of the residents. The recent elections of Guwahati Municipal Corporation, held after nine years, pave the way for a new body to take care of the prehistoric city with a sustainable growth.

As predicted the ruling Bhartiya Janata Party and its ally Asom Gana Parishad succeeded in winning 58 seats in the 60-member municipal corporation. Two seats were won by Asom Jatiya Parishad and Aam Admi Party nominees, but shockingly the main opposition party (Congress) failed to win a single seat. As the electronic voting machines were used in GMC polls for the first time to facilitate 7,97,807 voters (including 4,00,658 females and 26 third-genders), the results came within hours of the counting of votes. The issues surfaced during poll-campaigns include a safe & secured, clean & green, flash flood-free city with the regular supply of piped drinking water to households and other civic facilities meant for city-dwellers.

The new governing body needs to take some pragmatic steps to resolve various issues raised by the electorate. Guwahatians deserve a safe city with a smart police force working in synchronization with the residents. They should feel the confidence to go any police station any time with their grievances as well as important inputs necessitated for the larger interest. Street lights across the city must work and the installed CCTV cameras in various points should function flawlessly. These all arrangements should work as a deterrent to the criminals. Children to senior citizens should be secured while moving around the city.

Public transport needs to be developed and managed in a dignified way so that everyone can travel safely. The commuters in the city should get benefits from the public transport till midnight, now which turns dead after 9 pm. The government-run city buses, if not the private ones, should ply on selected routes in the evening hours to cater the need of night shift employees in workplaces. Needless to say that more people use the public transport means the concerned authority’s relief while managing the traffic on the road and it will finally help in reducing the degree of air (automobile) pollution significantly.

The garbage management system needs more efficient workforces. Open drains in some parts of the city may cause a major health hazard to the citizens. As the city experiences heavy rains in monsoon, the drains must have the capacity to take the sudden water load. Often the drains in city areas start overflowing after a downpour and the filth reaches the streets and even the residential campuses. The water logging problem in many areas of Guwahati should be addressed scientifically.

As the city has over 15 small and medium hills with a large number of residents taking shelter there, necessary policies should be adopted to deal with the issue. The virgin hills, whichever left today, must be protected methodically. Many streams inside the city have almost died because of human aggression and a number of wetlands are on the verge of extinction. The authority must preserve the water bodies to protect the fragile environment of Guwahati.

The key problem faced by most Guwahatians for decades remains the scarcity of drinking water. Thousands of families have to buy water on a regular basis and the situation turns worse in pre-monsoon days. The groundwater depletion because of its excessive exploitation in the last few years has worsened the situation. In some areas the groundwater is found contaminated with fluoride and arsenic making the situation more complicated. If proper initiatives are not taken on time, it would emerge as a major health hazard to the residents.

Whoever visits the sprawling city from outside expresses surprise why Guwahatians are deprived of water even though the mighty Brahmaputra river flows adjacent to it. The State governments in Dispur have taken various mega projects to supply drinking water to every household in the city, but the ground reality remains the same. The consumers are still waiting for the water, supplied regularly to their kitchens by the concerned authority. Judicial use of drinking water should also be promoted among the city people.

Many Guwahatians use the drinking water for all purposes from cleaning cars to gardening to washing clothes. The practice only reflects how much precious water the consumers misuse in their day-to-today life. The concept of rain water harvesting should be promoted so that the residents use the supplied water only for drinking purposes. The rest should be managed by the stored rain water to the optimum level. Nevertheless the residents deserved to be made collaborators in the growth and development of Guwahati.

In recent years, the government has initiated to develop North Guwahati to reduce the population pressure in the southern bank of Brahmaputra. After the IITG, various other important institutions including AIIMS Guwahati have been established in the northern bank. A new all weather bridge over Brahmaputra connecting the busiest city points with North Guwahati should ease the movement of commuters as well as the essential items. Finally the government should keep an eye on the expansion of the northern part of Guwahati so that it would not emerge as another unplanned city area in near future.

The author is a northeast India-based journalist

Latest Photo Reports
Catch up with all the political quotes from our politicians.
Advertise here
More from Asia
ModernGhana Links
PM Hasina’s Speech at the Inauguration of the Padma Bridge
Emergency Assistance Dispatched to Earthquake-Hit Provinces in Afghanistan
More Myanmar refugees cross over into India after escaping junta
TOP STORIES