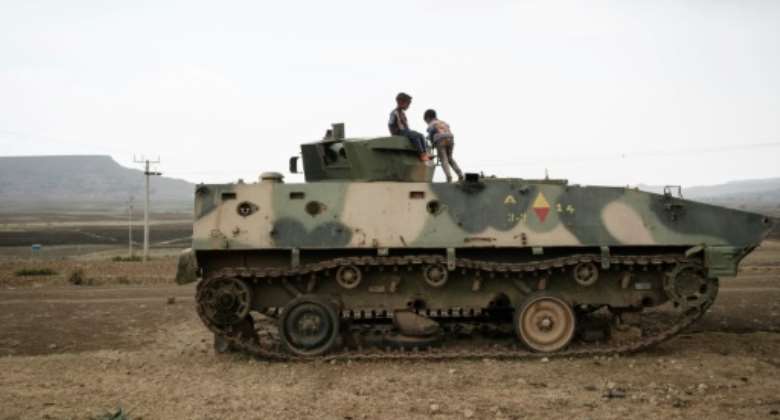 Tigrayan rebels announced Tuesday that they have withdrawn from a region neighbouring war-wracked Tigray, fulfilling a key condition set by the government when it declared a humanitarian truce last month.

The claims could not be independently verified and government officials did not respond immediately to AFP requests for comment.

The 17-month conflict between government forces and the Tigray People's Liberation Front (TPLF) has sparked famine fears in Tigray and created a humanitarian crisis in northern Ethiopia as the fighting has expanded to neighbouring Amhara and Afar.

The withdrawal of the TPLF from Afar and Amhara was a major condition of the truce announced by Prime Minister Abiy Ahmed's government with a view to easing aid deliveries to Tigray, which has been under a de facto blockade according to the UN.

Although the pause in fighting allowed humanitarian convoys by road to resume this month after being cut off since mid-December, the region of six million people is still only receiving a fraction of what it needs.

On Tuesday, two TPLF spokesmen, Getachew Reda and Kindeya Gebrehiwot, told AFP that their forces had pulled out of Afar.

"We have already withdrawn from all parts of Afar," Kindeya said in a message to AFP, adding: "Humanitarian and political issues should be de-linked."

The announcement followed an open letter by the TPLF to the UN Secretary-General Antonio Guterres last Wednesday in which the rebels said they were "committed to further withdrawal of Tigray forces from Afar territory."

"The issue is whether or not there is a system in place to facilitate regular, sufficient and unfettered aid flow into Tigray," the letter said.

The government and the rebels have long accused each other of blocking aid to Tigray, where people are living without basic services such as electricity, internet, telecommunications or banking.

The United States aid chief Samantha Power met Ethiopia's Finance Minister Ahmed Shide on Friday in Washington and urged the government to do "much more... to facilitate significant and sustained humanitarian access to all Ethiopians in need," a USAID statement said.

The war has killed untold numbers of people, displaced more than two million and left more than nine million in need of food aid, according to the UN.

The conflict erupted in November 2020 when Nobel Peace laureate Abiy sent troops into Tigray to topple the TPLF, the region's former ruling party, saying the move came in response to rebel attacks on army camps.

It followed months of seething tensions between the government and the TPLF, which had dominated politics in Ethiopia for three decades before Abiy came to power in 2018. ayv-amu/bp