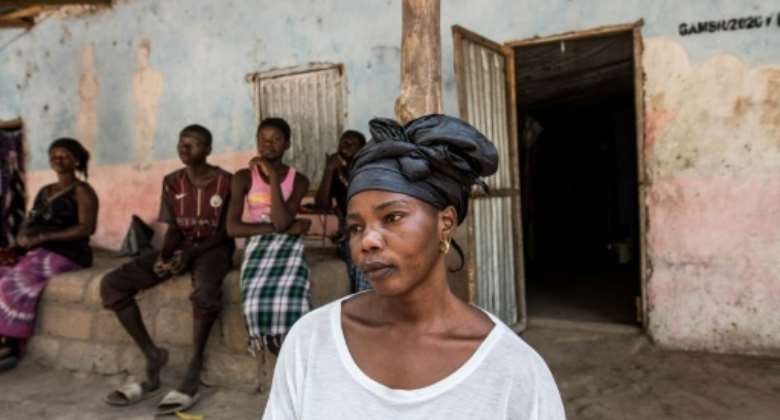 Gambians who fled border villages last month after the Senegalese army launched an offensive against separatist rebels are starting to return, but many say they remain deeply fearful.

Unleashed on March 13, Senegal's crackdown targets the Movement of Democratic Forces of Casamance (MFDC), behind one of sub-Saharan Africa's longest-running breakaway conflicts.

"I was laundering when I heard the gunshots... (it) scared us and we decided to leave," said Mariatou Badjie, 42, a resident of Karinorr, a village close to the border with Senegal.

Fleeing with her three daughters, two boys and her grandmother, Badjie says the family received a warm welcome in a safe location and were given temporary accommodation.

They chose to return after the Gambian army assured her they would be protected.

The army has "created safety" by patrolling every three or four days, she said, but added that life was still far from back to normal.

"We depend on our cashews for survival but now it is very unsafe to even go to those cashew farms," said Badjie, who spoke to an AFP journalist during a tour organised by the Gambian army in the border area.

"So when we get a little money, we buy one or two fish and keep that for our evening meal," she said.

The MFDC began its campaign for the independence of the Senegalese region of Casamance back in 1982.

Gambian troops say they are protecting people in the border zone and have looked after abandoned farms. By MUHAMADOU BITTAYE (AFP)

The rebels are accused of trafficking in tropical hardwoods and cannabis and holing up in The Gambia and Guinea-Bissau, which also has a border with Senegal.

The Gambia, sandwiched between Casamance and the rest of Senegal, is the smallest country in continental Africa, straddling the Gambia River.

According to Gambia's National Disaster Management Agency (NDMA), nearly 5,500 Gambians fled their homes and 7,700 refugees crossed from Senegal after the Senegalese army launched an offensive to "dismantle" MFDC bases in the border zone.

No figures have been released about the number of returnees.

A number of shells landed on Gambian soil, and the rebels for a while set up a checkpoint between the country's borders, the military say.

Gambian Lieutenant-Colonel Omar Bojang told reporters his troops had "protected the borders to ensure that no armed intervention takes place" and had looked after abandoned farms and their animals.

"We patrol these areas three or four times a week," enabling returning villagers to tend to their crops, he said.

In Gilanfary, another border village, Butty Colley, 30, said she had fled "because of the war".

"Since we came back here we only hear spates of gunshots but it's frequent," she said, speaking in English.

Almamy Gibba, the 63-year-old imam of Upart village, confirmed that his village had received refugees from Casamance, who had now returned home.

All the government provided the village was some tents, he said.

"I was not even happy with these tents because before you provide someone with a shelter, provide the food first."

Casamance has a distinct culture and language from the rest of Senegal -- it was a Portuguese colony for several hundred years. By Tupac POINTU (AFP)

"I hosted nine families… and it was very hard for me, but they have returned to their villages in Casamance."

In the village of Ballen, local leader Ebrahima Bojang said his people had "suffered a lot" in recent weeks, and lost 20 animals as a result of the fighting.

He thanked the army for its protection, but added, "We are not very sure that everything is over because we hear that the Senegalese soldiers are around this area and hiding in the bush."

The Senegalese army has been tight-lipped about the offensive. On April 9, it announced the capture of "rebel bases" that were used to grow cannabis.