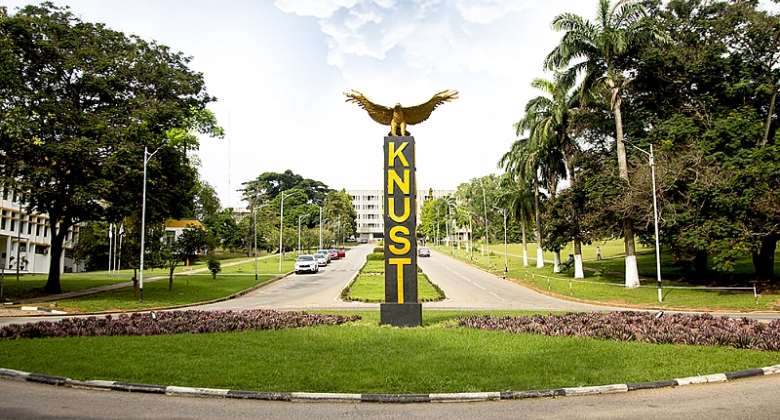 Joshua Opey, General Secretary of the National Union of Ghana Students (NUGS), has called on the University Relations Officer of the Kwame Nkrumah University of Science and Technology (KNUST), Dr. Daniel Norris Bekoe to withdraw his comments about students deferred by the institution.

According to Joshua Opey, the comments of Dr. Bekoe are insensitive to the plights and ordeals of the deferred students. He believes the words of the school’s spokesperson were mere opinions without any examination.

In an interview on Happy98.9 FM’s “Happy Morning Show” with host Samuel Eshun, the NUGS General Secretary shared, “For even anyone to come out and say students are being deferred because they use their money for sports betting is very grave and insensitive. It’s untrue and I describe it as ‘bouga-bouga’ PR tactics. It’s just a way to take away the focus from the students and their struggles and turn the public’s perception against these students. This is very unfair and I think everything needs to be done to get such persons to retract their statements. You can’t just pick any public narrative and use it against the student. That was a very poor decision and PR.”

Joshua Opey earlier suggested a 50/50 fee payment policy to the management of KNUST. He reiterated the need to review the school’s fees payment policy as he regarded it as “outrageous”

“I believe that the 50/50 percent for an academic year as done in schools like UPSA can be adopted by KNUST. An academic year has two halves so if you request a 50/50 for a semester that would work fine for every student. Again they already have the numbers and they said they’ve had about 92% of the student population actually being able to commit themselves to the 70/30 percent payment. This tells you that they have so much money to even run the school than automatically defer the few which is quiet insensitive,” he added.

On Wednesday, it was reported that about 6000 students in KNUST had been compelled to defer their courses over the inability to pay their fees. However, recent developments indicate that over 3000 of such students have had their deferment cancelled by their school after the intervention of NUGS.