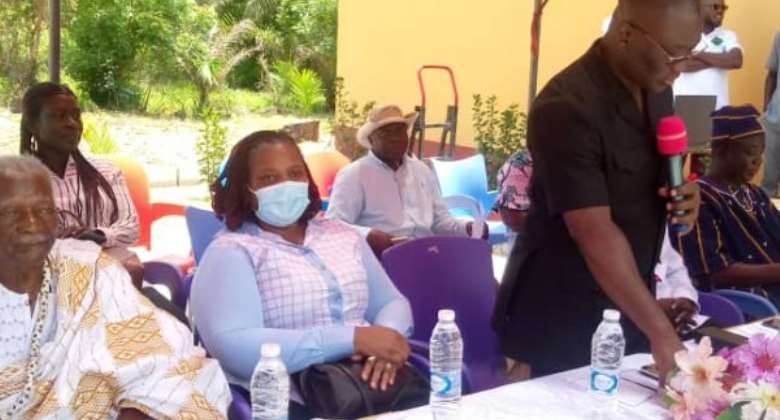 The Ministry of Transport has assured that the government is committed to constructing the proposed Keta Port.

The government has for the past two years, initiated processes aimed at seeing to fruition, a port at Keta, which include signing an executive instrument that demarcates the area for the port, advertising for tenders for feasibility studies and appointing a director for the proposed port.

Mr Kweku Ofori Asiamah, Minister of Transport, in an address read on his behalf by Mr Hassan Sulemana Tampuli, his Deputy, at a brief ceremony to commission a Health Centre at Asadame in the Keta Municipality said processes were ongoing for the construction of Ghana's third commercial port.

He said, “Government's commitment to construct a third commercial port here in Keta is very much on course. Feasibility and other investment strategy studies have been completed and a market survey forum had been held at Alisa Hotel in Accra to announce the project to potential investors.”

Mr Asiamah said processes to decide on an investor for the project were ongoing and appealed for support of all stakeholders especially the traditional authority in the area to ensure a smooth process.

“With the feasibility studies now completed, the Ministry of Transport through the Ghana Ports and Harbours Authority is going through the necessary processes to engage a strategic investor for the project.

I want to use this opportunity to appeal to Togbiwo and Mamawo, community members and all stakeholders including the state and non-state actors to continue to render their support to the government to deliver on this very important mandate.”

The Minister said government would still deliver on the landing site for Keta just as it was being constructed at different locations across the country to boost the local economy in the beneficiary coastal communities.

He said the Keta project, scheduled to be completed in November 2021 was delayed because the site had to be redesigned due to its proximity to the main Keta Sea Port project and other coastal and environmental considerations.

The landing site for Keta with China Harbour and Engineering Company as contractors, is expected to have an administration building, a cold store, a day care centre, a fish market, an ice-making plant, a net mending hall, a premix fuel station, toilet facilities, and a workshop to boost fishing activities.