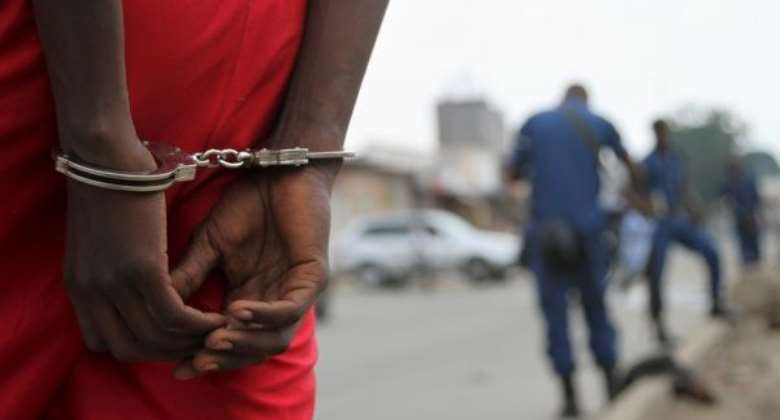 The Kuntenase District Court on Monday, April 25, 2022 remanded a 25-year-old tailor’s apprentice, Emmanuel Boateng into police custody for allegedly killing his friend over GHs 100 debt at Esreso in the Bosomtwe District of the Ashanti Region.

The suspect whose plea was not taken has been caged for further investigations.

Narrating the facts of the case to the court presided over by His Worship Francis Asakiah, the prosecution who doubles as Kuntenase District Police Commander, DSP Eric Akwaboah, said the suspect allegedly lured the deceased friend into a bush near Sewuah where he was said to have hit him with a stick and made away with his iPhone 11 pro max.

According to the prosecutor, the suspect allegedly committed the dastardly act in an attempt to avoid payment of debt he owes the deceased.

DSP Eric Akwaboah added that Police inspection of the body revealed a swollen neck and “blood oozing from the nostrils.”

He revealed that the stick suspected to have been used to hit the deceased was also found about twenty meters away from the body.

Police later arrested Emmanuel Boateng and during interrogations, reportedly confessed to having committed the crime.

Emmanuel reportedly told the police he lured the deceased to the bushes and murdered him.

He also stole an iPhone 11 Pro Max phone from the deceased, which has been retrieved by the police.

Meanwhile the mother of the deceased, Maame Pokuaa in an interview with this reporter on Monday, April 24, 2022 disclosed that the suspect started stalking her son immediately after her son started using the iPhone.

Maame Pokuaa added that she warned her son to stay away from the suspect on several occasions after sensing danger, but the suspect managed to lure her son and killed him.

The family of the deceased have called on the Ghana Police Service to ensure that the suspect faces full rigorous of the law to serve as a deterrent to others.