Gambian's trial in Europe masks struggle for justice at home 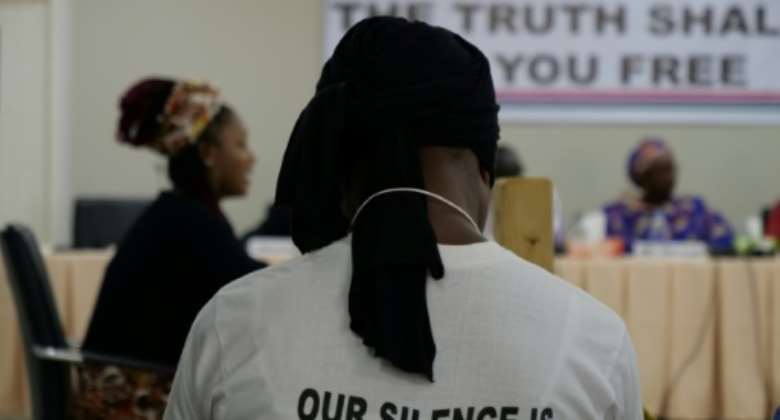 A Gambian man goes on trial in Germany on Monday in a landmark case for crimes committed under the country's dictatorship, but at home, the quest for justice is proving to be long and hard.

Bai Lowe will go into the dock in the northern town of Celle, charged with crimes against humanity, murder and attempted murder.

He allegedly worked as a driver for the Junglers -- a death squad that underpinned dictator Yahya Jammeh, whose 22-year reign ended in 2017 after he suffered a shock election defeat and fled to Equatorial Guinea.

Lowe is accused of two murders and an attempted murder, one of which is the 2004 killing of AFP's correspondent in Banjul, Deyda Hydara, who was also editor of the independent daily The Point.

Lowe will be the first alleged member of the dreaded Junglers to go on trial.

"I am confident that justice will be done," said Hydara's son, Baba Hydara, 45.

"Germany is a neutral country and I am expecting a fair trial."

But he pointed to the gruelling 18-year struggle to get to this point and the challenges for securing justice in The Gambia.

"There is a lot of expectations," he said. "This is just a first battle win, but the war is still on."

Lowe is being prosecuted under the principle of universal jurisdiction, which allows a foreign country to prosecute crimes against humanity, including war crimes and genocide, regardless of where they were committed.

Germany has been particularly active in pursuing such cases linked to the Syrian regime, and in January sentenced a former Syrian colonel to life in jail for crimes against humanity.

Yahya Jammeh looks through a plane window at Banjul airport as he flees for Equatorial Guinea in 2017. By STRINGER (AFP)

The smallest nation in continental Africa and deeply impoverished, The Gambia bears many scars from the Jammeh era.

His regime was notorious for crushing dissent, through murder, disappearances, torture, rape and castration.

Ayesha Jammeh, who works at The Gambia Center for Victims of Human Rights Violations, pointed to a lack of judicial resources but also "the lack of political will" to prosecute Jammeh's abusers.

"It would have been much easier for us to have (the Lowe case) here in The Gambia," she said.

"Victims could go to the courts and represent their families to ensure that they are going to be face-to-face with the persons who violated the rights of their loved one," she said.

It was not empowered to prosecute those responsible.

Instead, it issued a raft of recommendations, which included that Jammeh and his accomplices be brought before an international court held under the authority of the African Union or West Africa's regional bloc, ECOWAS.

But many fear the government is dragging its feet on implementing the recommendations.

Some blame a rapprochement between Barrow and members of Jammeh's APRC party, which they say has deepened following legislative elections this month.

His government has until May 25 to publish a white paper, and Barrow has until the end of June to announce his decisions.

Scepticism has been fed by the appointment by legislators on April 14 of a former Jammeh ally, Fabakary Tombong Jatta, as speaker of parliament.

"The speaker, the deputy speaker, these people have shown their opposition to the TRRC from the onset," Essa Njie, 32, a political science lecturer at the University of The Gambia, told AFP.

"And now we are having these same people in parliament (and) we are expecting also the new cabinet that will come... (may include) members of the APRC," he said.

"I am highly pessimistic that there will be justice for the victims in this country," he said.

Perpetrators outside the country will run the risk of prosecution under the principle of universal jurisdiction, but "perpetrators that are here -- some of them, not all but some of them -- will likely escape punishment," he said.

Hydara said that the Lowe case would be used to show the government that other channels exist for securing justice if it chose to mothball the TRRC recommendations.