We appeal to Hon. Amoako-Atta to remain neutral in Atiwa West Constituency elections 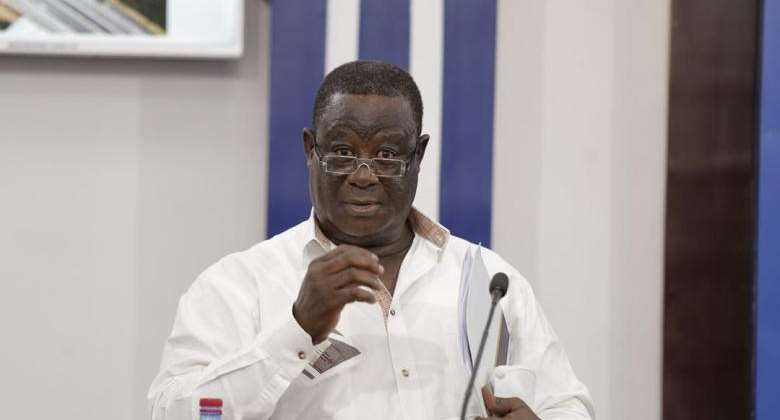 It has been a norm in the Atiwa West constituency that Hon Amoako Atta always sponsors aspirants for constituency positions whenever there is internal elections.

This has affected the party negatively due to lack of fairness which gives advantage to cronies rather than hardworking people to lead the party as constituency executives.

To maintain tranquillity and ensure unity towards 2024 elections, we pray our hardworking Member of Parliament who is also Minister for Roads and Highways, Hon. Kwasi Amoako-Atta, to remain neutral in the upcoming Atiwa West Constituency elections.

As a father to the aspirants, it would be unfair for our MP to take stance in the elections. We therefore plead with our MP to remain neutral throughout the electioneering process to ensure unity after the contest.

We have been reliably informed that our MP has planned to meet polling station executives again ahead of the elections to give them goodies and campaign for the incumbent executives.

Even though we do not believe our MP will do that knowing very well the performance of the party in terms of voted in the constituency is fading off. This has affected the party to the extent that there have been declination of votes when we the voters decided not to allow the selfish interest of few people to determine for us. Comparing our votes in 2016 to 2020, in Presidential, we declined by (-4%) votes and in Parliamentary we declined by (-6%) votes, the first time in history of Atiwa for NDC to increased their votes by +6% since 1992 in both Presidential and Parliamentary election.

For that matter, the need for hardworking party faithfuls to man the affairs of the party, we want to plead with Honourable to stay neutral so he could gladly welcome those who will be elected and work with them for the collective good.

Hon Amoako Atta has serve the party very well in terms of infrastructure like roads , school, clinics, etc, which the constituents really appropriate.

Now that he, Hon Amoako Atta, has decided to step aside from office as Member of Parliament in 2024, we are appealing to him to play a neutral role in the upcoming elections so the delegates would elect competent people as their executives.

Hottest Photo Reports
Catch up with all the political quotes from our politicians.
Advertise here
More from Letter
ModernGhana Links
Akosua Manu's Open Letter To Okudzeto Ablakwa On The National Cathedral
Open Letter To The Head Of Service Office Of The Head Of The Local Government Service (ohlgs)
Bobie Ansah writes an open letter to BBC
TOP STORIES

Ghana’s problem is pomposity, deception, lack of sincerity b...
24 minutes ago

Financial transactions will be allowed even without Ghana ca...
42 minutes ago