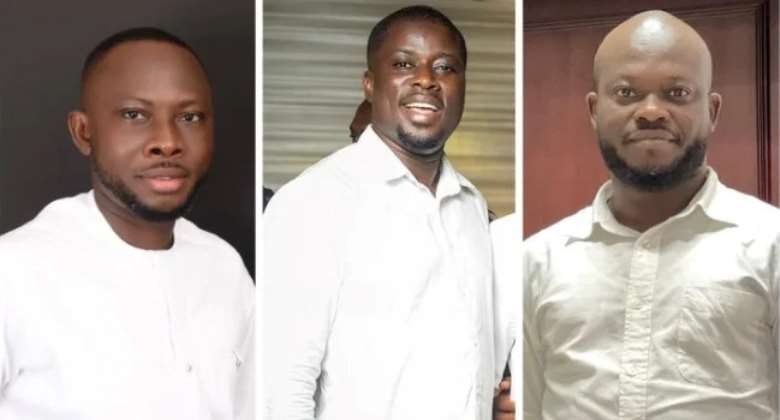 Serwaa Broni alleged that the President used national security operatives to stage a robbery attack on her to retrieve gadgets purported to contain some “nude pictures” on her phone.

This, the three, called on Parliament to launch an inquiry into the allegations and if proven to be true, commence impeachment proceedings against the President.

According to the three, the allegations, if proven to be true, would amount to “human rights abuse, abuse of office, exposing the security of Ghana to external threat…” as well as “…dragging the name of the high office of President into disrepute”.

The three, in their petition, indicated that they draw their motivation for the petition from Article 41 (a), (b) and (f) of the 1992 Constitution of the Republic of Ghana to uphold and defend the Constitution.

They further stated in their petition that they believe the allegations levelled against the President in her publications and subsequent interview on 'Loud Silence TV' hosted by Kevin Ekow Baidoo Taylor over the weekend established sufficient grounds for the invocation of Article 69(1) of the Constitution, 1992.

Ms. Evelyn Aidoo (Serwaa Broni) alleged among other things that she had some intimate relationship with President Akufo-Addo which subsequently led to threats on her life including the use of one Mr. Hopeson Adroye who was then the Deputy National Security Coordinator in charge of the Airport and other national security operatives to stage an armed robbery attack on her in order to retrieve evidence of the said encounter with him (President) from her phone and other electronic gadgets.

According to her, the incidents left her traumatized which if proven to be true, would amount to a breach of the Oath of Office of the President.

Hottest Photo Reports
Catch up with all the political quotes from our politicians.
Advertise here
More from Headlines
ModernGhana Links
Ofori-Atta has been creative; needs to be supported – Gabby
Nana Akomea, thanks for your political honesty, our situation is actually a monumental embarrassment — Prof. Gyampo
Blame minority for Akufo-Addo's resort to IMF bailout; they frustrated e-levy for 6 months and gloating over it – Gabby
TOP STORIES