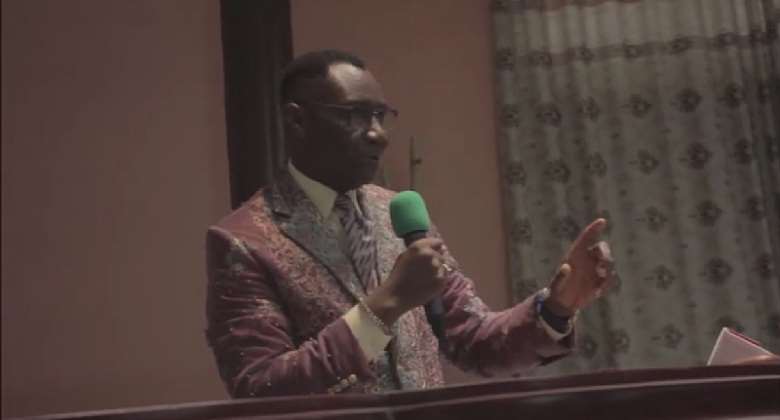 Head Pastor for The Word In Action Church at Bortianor in the Greater Accra Region, Pastor Mark Afriyie Mintah has denounced the notion that the coming of Jesus Christ has already taken place.

He said it is a deceptive connotation of the resurrection of Christ.

During an Easter Sunday preaching, Pastor Mark Afriyie Mintah said, the resurrection of Jesus Christ cannot be equated to His coming.

According to him, the resurrection of Christ means cleansing of human sins and the end of lamb and other animal sacrifices.

He said the perception that the resurrection of Christ is the same as His coming is a deliberate agenda to deceive Christians.

The pastor added that such perception is to create the impression that since the Christ coming has already taken place then there’s no need to follow His teachings any longer.

According to him, that notion only seeks is to draw Christians into the path of disruption.

Quoting the bible; John Chapter 19:28 - 30, he read “Later, knowing that everything had now been finished, and so that Scripture would be fulfilled, Jesus said, ‘I am thirsty.’ 29 A jar of wine vinegar was there, so they soaked a sponge in it, put the sponge on a stalk of the hyssop plant, and lifted it to Jesus’ lips. 30 When he had received the drink, Jesus said, “It is finished.” With that, he bowed his head and gave up his spirit.”

He emphasised that the death of Christ simply means the devil has been defeated indicating that “as long as the resurrection become as an event we shall never see God’s glory.”