Let’s focus on reforming prisoners rather than giving them skills; over 7,000 ex-convicts back to prison – Criminologist 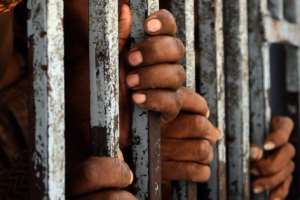 Ghanaian criminologist, Dr. Jones Opoku Ware has proposed that government through the prison service focuses on reforming inmates instead of giving them skills.

According to reports, there is a major cause for concern with many ex-convicts returning to their old ways after serving their sentences.

Over the last five years, it is understood that over 7,181 ex-convicts returned to prison after they were arrested again for similar crimes.

Speaking to GTV on the Breakfast show on Wednesday, April 20, 2022, Dr. Jones Opoku Ware said, “I am not surprised” when informed of the figures.

“Our prison system is not able to properly reform people. Our focus should be on reforming them and not giving them skills. We must work on their mentality,” Dr. Jones Opoku Ware shared.

The criminologist continued, “We must work on their mentality and the thought process of these people. Norway is one country with a good prison system.”

Unfortunately, it is said that every year, hundreds of offenders leave prison but relapse into criminal behaviour sooner or later after their release.

It is a problem that has been longstanding and efforts must be intensified to address it.