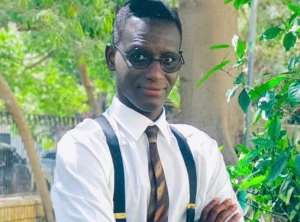 Senegalese authorities should drop their prosecution of journalist Pape Malick Thiam, ensure he can work free of intimidation, and hold those responsible for beating him to account, the Committee to Protect Journalists said Tuesday.

Gendarme officers arrested Thiam, a reporter with the privately owned broadcaster 7TV, while he was on assignment at a court in Dakar, the capital, on April 14, according to media reports and 7TV Executive Director Maimouna Ndour Faye, who spoke to CPJ in a phone interview.

Faye told CPJ that officers “severely” beat Thiam, and when she visited him at the local gendarme office he had swelling in his face and blood on his clothes. He was released on unconditional bail the following day, Faye said.

Thiam is scheduled to appear before a Dakar court on April 20 for alleged “contempt of an agent in the exercise of his duties,” according to Faye and those reports. If convicted, Thiam could face up to three months in prison and a maximum fine of 50,000 West African francs (US$83), according to the Senegalese penal code .

“Senegalese authorities should drop their prosecution of journalist Pape Malick Thiam and allow him to work free of harassment and intimidation,” said CPJ Sub-Saharan Africa Representative Muthoki Mumo, in Nairobi. “Thiam’s beating by authorities sends a chilling message that the press is not safe in Senegal. A thorough investigation should be carried out and those responsible should be held accountable.”

On April 14, Thiam was covering a hearing at a Dakar court when a gendarme officer stopped him, accused him of filming in a restricted area, and confiscated the journalist’s phone, Faye said. She told CPJ that Thiam protested the seizure, and the officer then accused Thiam of insulting him and beat the journalist until he lost consciousness.

Thiam regained consciousness later that day at the gendarme office, and his phone was returned upon his release, Faye said.

When CPJ called Lieutenant-Colonel Ibrhima Ndiaye, a spokesperson for the Senegalese gendarmerie, for comment and asked about Thiam’s case, he said he was busy and requested to be called back later in the day; when CPJ called back, he again declined to answer questions at that time.

When CPJ called Thiam for comment, he said his lawyer advised him not to speak about the case and that any questions should be directed to his employer.