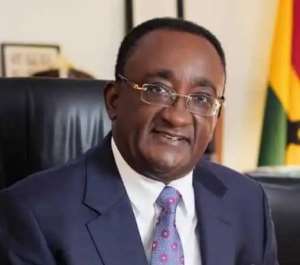 Peasant Farmers under the government’s flagship programme, “Planting for Food and Jobs” have expressed worry over how their farming businesses are gradually sinking following the lack of fertilizers for their farming activities.

Currently, these farmers say their livelihoods are at stake and if the government fails to address their concerns, they will be left with no other option than to quit farming, a situation which they believe will impact negatively on the Planting for Food and Jobs Programme.

Available data has indicated that the Agriculture sector has seen a laudable increase and the role of small-holder farmers cannot be overemphasized after actively partaking in the Planting for Job Programme.

However, the effort of the peasant farmers seems to be derailing due to the unavailability of fertilizers for their activities.

This reporter has been following up on the concerns of these farmers in some regions namely Ashanti, North East, Upper East, Bono East, Bono and Ahafo Regions and their responses seem disturbing.

Reports gathered by this reporter reveals the inability of government to pay debt owed suppliers of fertilizers for their services in 2021. The suppliers have refused to supply fertilizers to the farmers for the 2022 farming season under the Planting for Food and Job programme.

Farmers in the Northern Regions especially in some farming communities visited in the North East and Upper East Regions have the largest representation under the programme.

Farmers in that part of the country grow beans, maize and yam, however with the recent development in regards to the shortage of fertilizers, they said their farming activities is hugely affected.

“The Programme indeed has been helping us since its introduction because our lives depend on it but now it appears are farming is gradually dying off because our fertilizer suppliers are unable to supply us with the fertilizers because government is owing them,” one maize farmer has lamented.

The story in the Ashanti Region remained the same. Here farmers told this reporter how farming has become difficult due to the lack of fertilizers. Farmers in the region expressed how difficult the situation is putting them through.

Areas such as Sakam, Bonsua, Adagya etc are some villages where rice farming is very common among the residents, as it has become the main source of livelihood for many families.

Farmers over the years have been depending on subsidized fertilizers for improved yields but the difficulty in accessing it in this crop season has left most of them disappointed and in desperation for the commodity.

According to them, the fertilizer suppliers tell them that, the situation is as a result of debts owed them by the government hence their ability to procure the fertilizers for the farmers.

A tour in some of the farms by this reporter discovered that due to the absence of the commonly used NPK fertilizer, some of the seedlings at the nursery stage had become yellowish in color, and drying up gradually.

After touring Bono East, Bono and Ahafo regions some farmers shared their plea with the news team and from their reactions they sound desperate and helpless.

"I have started losing interest in the programme following the difficulties in accessing the fertilizers. After preparing for this season with lot of expectations, our dreams are gradually shattering”, one farmer has said.