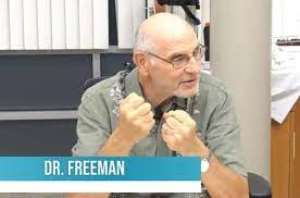 This presentation by physical economist and Africa analyst, Lawrence Freeman, was part of an international conference entitled `Solutions for African Economic Development` hosted by Christophe Ndayiragije and PD Lawton. You can find more from Lawrence Freeman at his website: lawrencefreemanafricaandtheworld.com. You can watch the video at the end of the transcript.

I call myself a physical economist because I am trying to change the conception that people have of an economy in their minds. One of the biggest problems we face in the world , in the West, as well as in Africa, is that people have a very poor, if totally erroneous conception of what wealth is.

People think wealth is money, making money on Wall Street, derivatives, stock trading, day trading, and this really is not wealth at all, from my standpoint. A financial system is not wealth. A financial system is necessary, although I would term it more appropriately, a credit system. But the system itself which is necessary to facilitate aspects of the physical economy, is not the economy.

What is the economy?

Well, most people say it is to do with free trade, buying low, selling dear, all beginning with Adam Smith. In fact the original conception that Smith has comes from Bernard Mandeville, who wrote a poem about bees. And basically his theory was that the interaction of all these bees , which are equated to human beings, desiring pleasure and avoiding pain, by all their individual pain and pleasure reactions, they serve the greater good. And this supposedly is the Invisible Hand. Of course the Invisible Hand is always there to steal your money. But idea is that the Invisible Hand is somehow the interaction of various human beings in seeking pleasure and avoiding pain, is how an economy operates. And of course there is no truth in that whatsoever.

An economy is actually the self organization, determined by human beings to organize their society in such a way that it continues to perpetuate itself. And it will perpetuate itself if it is a successful economy. The criteria is that you will produce an increase in the standard of living for your population and you will increase the number of people. So you have two criteria which are connected, the increase in total wealth and the increase in total population, and this is what a productive economy should be able to do. And we are talking about tangible wealth, physical wealth in terms of what has just been presented [previous presentation by Knox Msebenzi], in energy, railroads, agriculture and physical, tangible products that society needs.

Now the production of wealth is done by a productive labour force, that is within the entire workforce of an economy, there is a section of that workforce that actually performs what we would call productive labour. There are many other occupations which are necessary, complimentary and essential like education, scientific development, classical education development. But the actual labour force is involved in acting on the physical Universe, to transform the physical Universe in to producing the existence for Humankind.

Now how do you produce more wealth from one period to another?

How do we change the dynamics?

It is through science and technology. The human mind, is the only force we know in the Universe that can actually discover new physical principles embedded in the Universe. And as we discover those physical principles, the results are seen to us in new technologies. We bring in a new technology into a current mode of production, current economic system, and we find that we can produce more wealth with the same or less effort. For example what the previous speaker brought out.

Now how does this work?

The human mind makes a discovery in the physical Universe which is then transformed by other humans into a technology. How does that technology then change the economy? For example: machine tools. Machine tools produce all other machines. If you change the technology of machine tool design, you change all other forms of production in your economy because you would be producing those new machines based on a new design of machine tools which are the essence of an industrialized economy. How many machine tool plants do we have in Africa today? Just like how many nuclear energy plants, we know we have one in South Africa.

And therefore in changing and improving the physical economy we are not only increasing the physical output of goods but we are actually increasing the power of each individual member of that society. Even if the majority members of society do not partake in the productive process, they participate in an economy of a rising standard of living and of an improved technology and scientific capability.

Now this also begs another question that is involved in physical economy; which is your scientific, cultural educational level. Is a society producing the scientific level that is necessary for new discoveries? Is the educational level of the population sufficient for the members of the population to assimilate that new technology, that new scientific level, and are they able to transmit that?

Now many people think Africa is overpopulated, I had this problem with many of my friends who are somewhat ignorant on the issue, over the last 30 years I have been travelling to Africa. Africa is not over populated, there are not too many people. There is not enough people. There`s entire parts of Africa that are completely underdeveloped. There`s entire parts of Africa where agriculture is completely underdeveloped. So it is not a question of population. It is a question of development.

And what we need to do is we need to have African leaders begin implementing, as was discussed earlier with the question of Ghana and other nations, have to begin understanding the coherence of one concept of a physical economy in a society and promoting those policies that will actually raise the level, qualitatively and quantitatively. Now this also has a very serious implications for education. This has very serious implications for security. Because we are approaching the security question. in many cases, all wrong.

So therefore, what I think about and what I suggest what other leaders think about is what inputs do we make in the long-term which then reflect in to what we have to do in the short term that actually change, improve, advance the physical economy as part of the entire development of society.