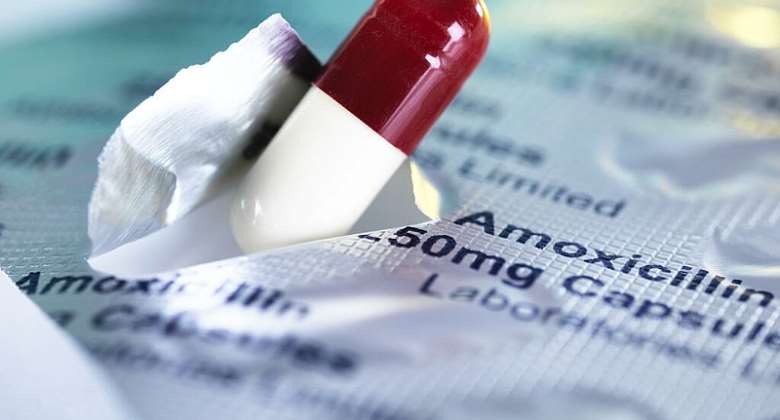 Pharmacists in Uganda are encountering a common dilemma: customers who bypass doctor visits and ask for antibiotics directly, without a prescription. Antibiotics can be effective in treating some bacterial infections, and this is generating antibiotic resistance, which doctors say is turning into a silent epidemic.

"Only five of the more than 25 customers I receive every day on average come with prescriptions from health centres and hospitals. The rest simply ask for specific drugs,” says Sara Birungi, who works in a busy pharmacy in downtown Kampala.

She tells Africa Calling podcast that most people are trying to self-medicate.

The most sought antibiotics include doxycycline, ciprofloxacin, metronidazole, azithromycin, amoxicillin, tetracycline, and ciprofloxacin.

“Many patients tell me their friends were treated for the same conditions as they have with a certain drug,” Birungi adds.

Although it is technically illegal to distribute antibiotics without a prescription in Uganda, pharmacies are often confronted with customers demanding to buy the medications with little or no oversight.

This phenomenon occurs not only in the capital, either. At Mukono village outside of Kampala, pharmacy clerk Esther Makoka has to deal with similar situations, saying that people cannot afford to go to the doctor and then pay for medication.

“In most cases I give them medication without a doctor's prescription because they don't have time to go to the clinic, and they actually say going to clinics is expensive,'' says Makoka.

She adds that some people ask for antibiotics to treat stomach aches, too.

Pharmacists know they should not hand over medications without a prescription, but they sell them anyway because they don't want to lose their money to a competitor, says Abiazz Rwamwiiri, spokesperson for Uganda's National Drug Authority.

The regulatory body controls the manufacture, importation, distribution and licensing of medications in Uganda.

“We have the highest level of people self -medicating in the country,” says Rwamwiiri.

The government agency also looks into medications where people have built up a resistance. If this is the case, it recalls the drug, he says.

Self-medication as well as a wrong diagnosis and treatment can result in antimicrobial resistance, especially given that antibiotics are not one-size-fits-all.

Antibiotics are used to fight some bacterial infections, including strep throat, urinary tract infections, and E. coli, but they do not work for illnesses such as sinus infections or ear infections.

At Makerere University in Kampala, researchers closely follow infections that drugs are not responding to by analysing patient samples sent by doctors who are having trouble treating their cases.

“Most of the time the samples are sent to us by doctors who are wondering which drugs to use as the drugs they are using are not effective,” says Dr Hakim Ssendagire, a specialist in drug resistance.

Hospital-acquired infections are the most resistant bacteria.

“We call upon the general public to avoid self-prescription and to try to finish the dosage once given by a doctor; if they don't complete this, the infection will be very difficult to treat,” Ssendagire says.

This also becomes a dangerous problem if parents give their children antiobiotics that haven't been prescribed by a doctor, says Dr Sabrina Kitaka, a paediatric infectious diseases specialist at Makerere university.

She adds that there have been situations where doctors trying to treat severe infections such as meningitis have had to try first-tier and second-tier antibiotics to treat the patient.

“If you go to the third tier and there's no response, you're going to reach a point where if a person gets an infection they cannot be saved,” she says.

“If a person gets an overwhelming bacteria infection, then they are going to end up with multi-organ damage and that is the real crisis.”

The Ugandan government is one of 10 countries in sub-Saharan Africa that is rolling out a national action plan to combat antimicrobial resistance.

Medical professionals are hoping that by making the public aware of the dangers, they can stop the abuse of antibiotics.

Consult health professionals before using any antibiotic in order to fight resistance that has become a global problem.

This was originally heard on RFI's Africa Calling podcast.