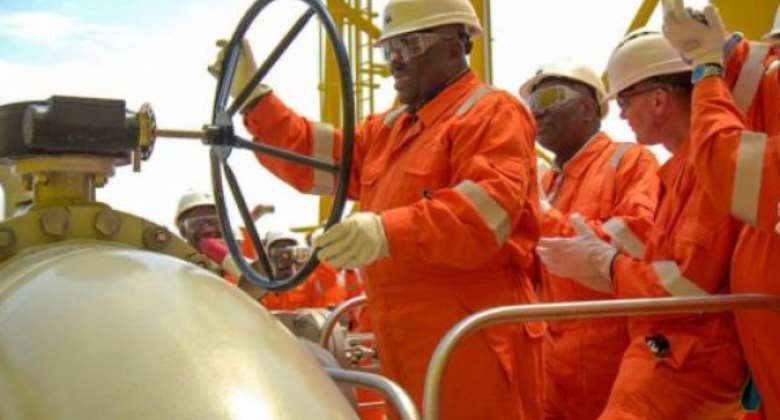 The shortfall in production was, however, compensated for with the general rise in crude oil prices on the world market as the total petroleum revenues increased by 17.5 per cent from US$666 million in 2020 to US$783 million in 2021.

This was captured in the 2021 annual report released by the Public Interest Accountability Committee (PIAC) on the management and use of petroleum revenue for the year under review.

The jubilee field, which started production in December 2010 accounted for almost 50 per cent of production by producing 27.3 million bbl. while the SGN and TEN fields, which began production in May 2017 and August 2016 respectively produced 15.7 bbl. representing 28 per cent and 12 bbl representing 22 per cent.

The report indicated that the highest monthly production volume on the Jubilee Field was recorded in December and the lowest in February with a daily average of 74,891.73 bbl produced during the period.

“Production rates increased in the second half of 2021 due to the addition of two production wells J56-P and J57-P and one water injection well, J55-WI,” the report stated.

According to the report, the TEN Field, which had a daily average of 32,816.61 bbl of oil produced on the Field during the period recorded its highest oil production in January, which saw a decline thereafter leading to its lowest output in November.

This was attributed to factors such as flow assurance issues, inadequate pressure support for the Ntomme field, challenges in water injection on the Enyenra Field, and increasing Gas-Oil Ratio in the Ntomme field among others.

The SGN field at an average output of 43,114.65 bbl of oil per day, had its highest monthly production in January while the lowest was recorded in December.

“The production decline in the month of February was due to the activation of an Emergency Shutdown (ESD) because of a false flame detector signal from a Gas Turbine Generator (GTG-C).

“There was an ESD in June 2021, which led to a loss in production. The ESD was activated due to Hydraulic Power Unit (HPU) failure. Also, the decrease in production in July 2021 was due to process upsets,” the report indicated further.

Reports suggesting we have accused police of 'hiding' interc...
50 minutes ago