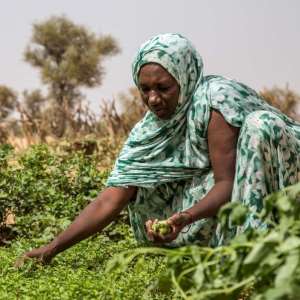 GENEVA (14 April 2022) – The UN Special Rapporteur on the right to food, Michael Fakhri, draws attention to the struggles of peasants and others which have been exacerbated by the COVID-19 pandemic alongside the rise of extrajudicial violence against peasants and armed conflicts around the world. On the International Day of Peasants' Struggles, he issues the following statement:

“On the International Day of Peasants' Struggles the world recognizes the essential contribution of peasants and other people working in rural areas such as small farmers, pastoralists, artisanal fishers, landless rural workers, and Indigenous Peoples to feeding communities and ensuring food systems flourish all over the world. I call for a stronger recognition of their crucial contribution to the global and local food security and their indispensable role in combatting hunger.

It is now more urgent than ever for States to commit to and implement the 2018 UN Declaration on the rights of peasants and other people working in rural areas (UNDROP). Peasants include small farmers, pastoralists, and artisanal fishers. Peasants’ rights include the rights to food; food sovereignty; an adequate standard of living; seeds, land, and other natural resources; and to a safe, clean, and a healthy environment. These rights should be protected and respected even during times of conflict to ensure rural life recovers and food systems are safeguarded after the conflict ends.

Even though UNDROP was passed by an overwhelming majority in the General Assembly, peasants’ vital contribution to society remains inadequately recognized and supported. The risks they encounter, as well as the lack of protection they often face, jeopardize the global population's food security.

For decades, peasants around the world have been disproportionately affected by hunger and extreme poverty. During the COVID-19 pandemic, peasants continue facing enormous threats from negligent governments, transnational corporations, foreign and domestic investors, and unfair trading rules. During the pandemic, peasants have also shown great strength in their resistance against exploitation and response to climate change.

Despite this moment of profound adversity, peasants, rural workers, and Indigenous peoples all over the world have strengthened bonds of solidarity amongst each other ensuring that communities and their food systems remain resilient. Urgent global efforts are needed to support and protect peasants in the context of the pandemic and conflicts.”