Give Financial Independence To The Legislature And Judiciary 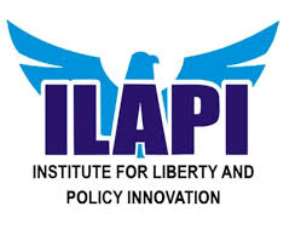 The Institute for Liberty & Policy Innovation (ILAPI) with keen interest, has observed with worry how the Judiciary and the Legislature have over the years under the 1992 constitution, “begged” for proper budgetary allocations in order to ensure their smooth administration and function. This trend if not checked would compromise the independence of these two institutions and jeopardize the democracy we are seeking to build and protect.

Against this background, ILAPI is calling for a complete financial independence of the Legislature and the Judiciary free from any financial restraints/constrains or strings from any Finance Ministry whether now or in the future.

Under the current system, Parliament and the Judiciary are expected to submit budgets to the Finance Ministry, of which budget estimate are subject to review and negotiations to arrive at a compromised figure which is eventually presented to parliament for approval. This is the system for which we are calling for its abolishment under the constitution.

The Article 127 (1) of the 1992 constitution states that “in the exercise of the judicial powers of Ghana, the Judiciary, in both its judicial and administrative functions, including financial administration, is subject only to this constitution and shall not be subject to the control or direction of any person or authority”. The Ministry of Finance however, would have to negotiate and agree on estimates and then submit to the President for approval. This is also made same for parliament under Section 15(A) in the Parliamentary Service Act, 1993 (Act 460) and finally laid in parliament in accordance with articles 178(1) (a) and 179 (2) (b) of the constitution.

In its place, we are proposing that a percentage of the expected revenue for the given year be allocated to the Judiciary as well as the Legislature. When the two institutions know

what they are to expect, they will then plan appropriately based on their expectations and take praise or blame for their own successes or failures without involving the executive in their own affairs.

It is our proposal, that Parliament is allocated 0.47% of the total expected revenue into the consolidated fund for 2023 and the Judiciary is also allocated 0.69% of the total expected revenue mobilization exercises. This could be subject to review every 5 years. In this case, both institutions will know what they are to expect, and they would not need to go and negotiate for more or less since it will be against the law for them to do so. This would deepen financial independence and separation of powers.

The Judicial Service of Ghana ALL MEDIA HOUSES