HRW raises alarm after outbreak of cholera in Cameroon prison 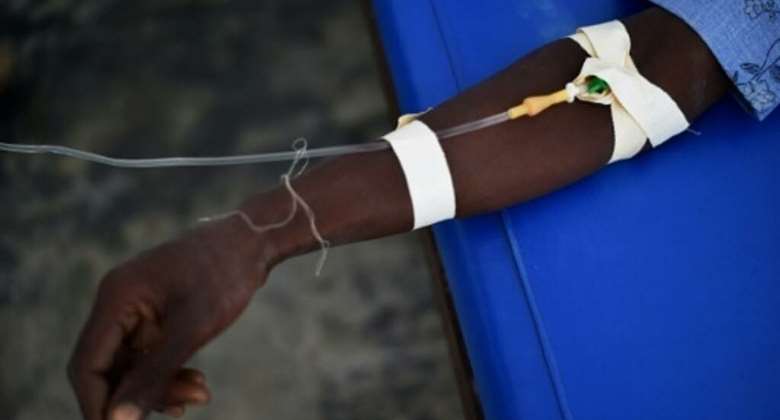 Human Rights Watch on Saturday asked Cameroon to protect prisoners from a cholera outbreak, saying at least six inmates had died in the country's second largest jail since March.

The disease has been identified in six of the country's 10 regions, including the troubled South-West, where the health system has been severely affected by the violent crisis between government forces and armed separatist groups.

According to Cameroon's health minister, 105 people have died in the outbreak since October.

"At least six inmates in Cameroon's second largest jail, the New Bell prison in Douala, have died since March," the New York-based group said in a statement, referring to the West African country's economic hub.

HRW warned "the death toll could rise substantially in the overcrowded facility which currently houses about 4,700 prisoners, four times its capacity -- most of whom are in pretrial detention, in violation of international norms".

Cholera is an acute form of diarrhoea that is treatable with antibiotics and hydration but can kill within hours if left untreated.

It is caused by a germ that is typically transmitted by poor sanitation. People become infected when they swallow food or water carrying the bug.

"We are 50 squeezed in a 9 square meters cell. There's no drinking water, and the hygienic conditions are deplorable," a man held in the same cell as Koufet told Human Rights Watch.

Outbreaks occur periodically in Cameroon, home to more than 25 million inhabitants. The last epidemic was between January and August 2020, when 66 people died.

The World Health Organization (WHO) said in early 2021 there were between 1.3 million and four million cases of cholera per year around the world, leading to between 21,000 and 143,000 deaths.

"Cameroon has an obligation under international law to ensure all detainees are held in humane and dignified conditions and to guarantee their right to health."

It also should not be holding people in pretrial detention except in exceptional circumstances.

Akufo-Addo going to IMF is not victory, it's a day of sadnes...
10 minutes ago