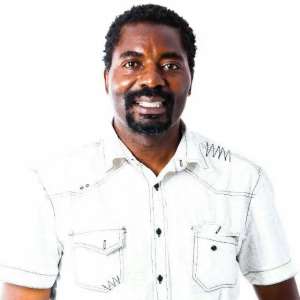 Lusaka, April 8, 2022 – Malawian authorities should cease harassing journalist Gregory Gondwe, drop any attempt to force him to disclose his sources, and reform the country’s laws so they are not used to censor the press, the Committee to Protect Journalists said Friday.

On March 30, the privately owned news website Platform for Investigative Journalism, where Gondwe works as the managing director, published an article alleging that the country’s attorney general had approved payments to a businessman for contracts that were previously cancelled due to alleged fraud.

On Tuesday, April 5, police in the commercial capital, Blantyre, detained Gondwe for about six hours and demanded he reveal his sources for that article, according to news reports, a statement by the local chapter of the Media Institute of Southern Africa press freedom group, and the journalist and his colleague Golden Matonga, both of whom spoke to CPJ via messaging app.

Police also searched the PIJ’s office and confiscated Gondwe’s cellphone and laptop, forced him to disclose his passwords, and then returned his devices the following day, according to the journalist.

“Malawian authorities must respect journalist Gregory Gondwe’s right to cover corruption allegations freely, stop harassing him and his family, and drop any attempt to force him to reveal his confidential sources, who he is ethically bound to protect,” said Angela Quintal, CPJ’s Africa program coordinator, in New York. “The police should cease all attempts to criminalize investigative journalism and whistleblowing, and authorities should overhaul laws that are an impediment to press freedom.”

After the March 30 article was published, Gondwe said that Attorney General Thabo Nyirenda had asked him to disclose his sources and, when the journalist refused, said he would get the information by other means.

On Monday, police called Gondwe’s younger sister while she was traveling and told her to abandon her trip so they could question her; when his sister submitted to questioning, officers asked about Gondwe’s whereabouts, saying they wanted the journalist to lead them to a suspect in a crime, the journalist told CPJ.

Gondwe said that when he called the police and asked how they acquired his sister’s phone number, an officer said they had accessed their phone records, and reiterated that they wanted to speak with him about a criminal suspect.

The following day, Gondwe met a group of police officers at PIJ’s office, he said. He told CPJ he offered to bring the officers inside the office, but they declined and brought him to a nearby car, introduced him to other police officers, and showed him a court sanctioned warrant to search the premises and confiscate electronic devices in pursuit of the source for that March 30 story.

Gondwe told the police he would only speak to them in the presence of a lawyer; the officers proceeded to search the PIJ’s office and brought Gondwe to a local police station where he was held for about six hours, questioned in the presence of his lawyer, and then released without charge, he said.

When police returned his devices the following day, Gondwe said he could see that some of his emails and WhatsApp messages had been read.

“I am not sure of how much information they mined from the confiscated gadgets. Even when I am in the process of replacing them, I really don’t feel safe,” he told CPJ.

Gondwe’s lawyer, Joseph Lihoma, told CPJ by messaging app that his client had not been charged, but police were still investigating the case.

The warrant for the April 5 search, which CPJ reviewed, states that Gondwe is accused of spamming, pertaining to the illegal transmission of information online, under Section 91 of the Electronic Transaction and Cyber Security Act of 2016, which carries a fine of 2 million Malawian kwacha (about US$2,500) or imprisonment of up to five years for convictions.

Nyirenda told CPJ via messaging app that he had apologized for Gondwe’s detention and questioning, and that he had no idea police were going to detain the journalist and confiscate his devices.

When asked about Gondwe’s claim that Nyirenda had threatened to find other means to disclose the journalist’s sources, Nyirenda said that was “water under the bridge.”

In a statement, the Media Institute of Southern Africa also said that Nyirenda had apologized, and that he had committed to a government review of archaic laws that restricted media freedom.

Nyirenda told CPJ that he did not have the power to make police drop their investigation into Gondwe, saying, “All I can do as attorney general is to appeal to them to drop those investigations and allow the press to enjoy their freedom.”

Police spokesperson James Kadadzera said in statement that Gondwe had not been arrested but had been ”interviewed” in connection to an ongoing investigation into that news article and other related issues.

Kadadzera told CPJ via messaging app that he could not disclose further details about the case to avoid jeopardizing the legal process. He said he was unaware of Gondwe’s suspicions that his devices were tampered with while in police custody.

Chief government spokesperson Gospel Kazako said the government would investigate the circumstances of Gondwe’s detention, according to reports.

Speaker Bagbin calls on Israeli counterpart in Jerusalem
19 minutes ago