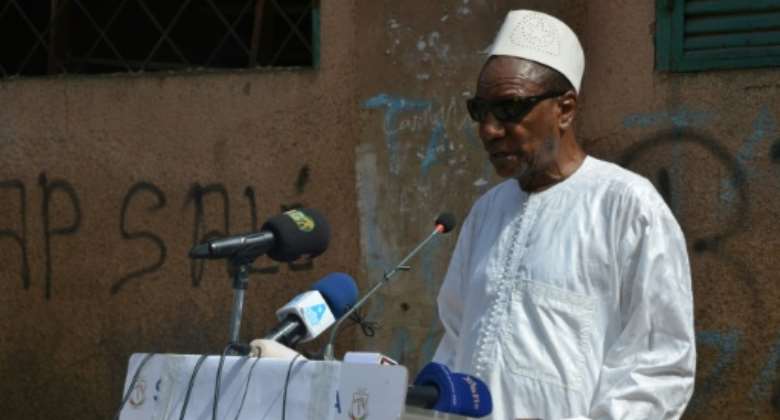 Ousted ex-president Alpha Conde is back in Guinea after getting medical treament in the United Arab Emirates. By CELLOU BINANI (AFP)

Guinea's ousted ex-president Alpha Conde returned to the country Friday after a trip to the United Arab Emirates for medical treatment, the ruling junta said.

Conde "returned to Conakry this afternoon after medical treatment in the United Arab Emirates," according to a junta statement read on television.

But the 84-year-old was deposed by army officers last year and replaced by Colonel Mamady Doumbouya.

The coup followed fierce protests over Conde's successful bid for a third term in office -- a plan critics said breached the constitution.

He was then allowed to leave Guinea for the UAE in January. His release was one of the demands made by the West Africa bloc ECOWAS after the coup.

The junta was reportedly reluctant to let him go abroad for fear of potential plots against their newly established rule.

"The former president will remain in Guinea as long as his health permits. His integrity and dignity will always be respected in accordance with his rank and status," the National Rallying Committee for Development (CNRD), the junta's governing body, said in Friday's statement.

But Conde's Rally of the People of Guinea (RPG) party condemned the junta for "arbitrary actions" against him and his former administration.