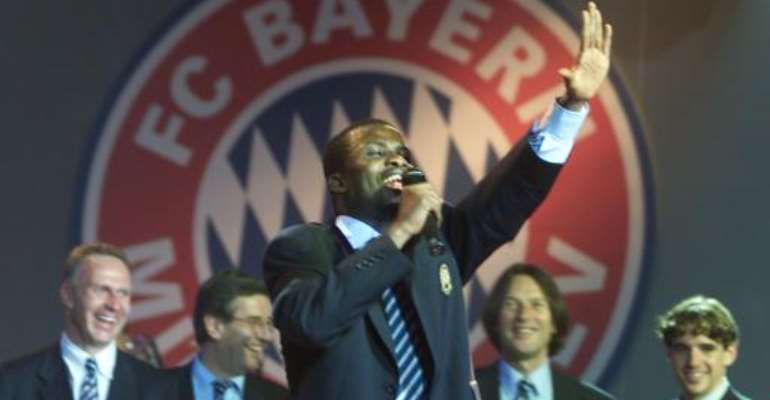 Reports in the German and English media say Liverpool have made a 7.2 million dollar offer for Kufuor whiles Newcastle are interested in signing the Ghanaian defender as replacement for Jonathan Woodgate.

But Bayern spokesman Markus Horwick said the former European champions have received no offers for Kufuor.

The 27 year-old Ghanaian who joined Bayern in 1993 has lost his first team place under new coach Felix Magath and with the arrival of Brazillian world cup winning defender Lucio from Bayer Leverkusen.

Kufuor has made over 150 appearances for Bayern and has won five German league titles and the European champions league with the Bavarians.

Meanwhile another Ghanaian linked with a move to the English premiership Stephen Appiah has confirmed to JoySports that talks are ongoing between his Italian club Juventus and English champions Arsenal for a possible transfer.

Juve have offered Appiah as bait to Arsenal in their attempt to sign English defender Sol Campbell.

The Black Stars captain was a regular at Juve in his first season there but the arrival of new coach Fabio Capello and Brazillian midfielder Emerson could reduce his first team chances.

Appiah has been playing in Italy since he left Hearts of Oak seven years ago.

Some Ghanaians in UK embark on walk to show support to Akufo...
35 minutes ago

Young Oswald whose ‘Our Day’ wishlist went viral dreams to b...
35 minutes ago