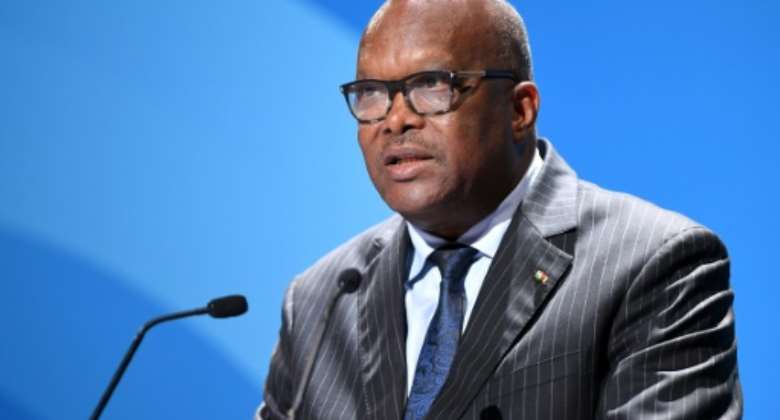 Kabore forced out in a military coup on January 24. By Eric Feferberg (AFP/File)

Former Burkina Faso president Roch Marc Christian Kabore, whose future became a major issue after he was toppled in a coup in January, has been moved from house arrest to his home in the capital Ouagadougou, an AFP journalist saw on Thursday.

Late Wednesday, the military-led government said in a statement that after three weeks of "consultations," Kabore would return to his home.

"The government gives an assurance that measures have been taken to provide his security," it said in a statement.

Several troops were on guard outside Kabore's home on Thursday, while a few sightseers tried to catch a glimpse of the former president.

It was not immediately clear whether he was free in his movements.

Kabore was ousted on January 24 by officers disgruntled at his handling of a nearly seven-year-old jihadist insurgency that has claimed some 2,000 lives and forced 1.8 million people to flee their homes.

The junta, led by Lieutenant-Colonel Paul-Henri Sandaogo Damiba, placed him under house arrest -- a move condemned by Burkina's neighbours in West Africa, which with the UN and African Union demanded his release.