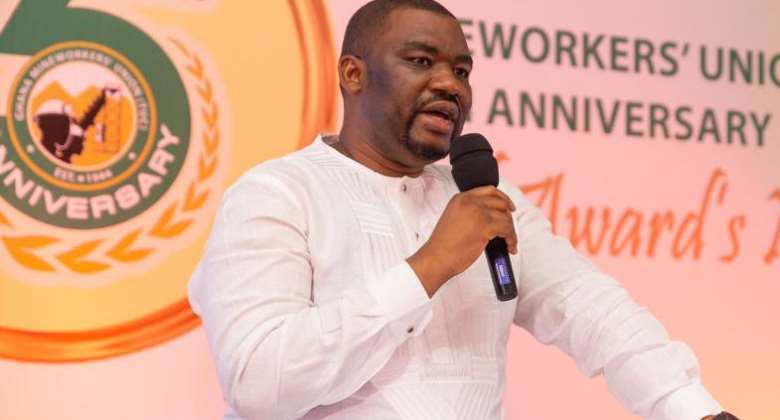 The Ghana Mineworkers Union (GMWU) of TUC (Ghana) has read with utter dismay some media reports touching on the Ghana Mineworkers’ Union which are attributed to a so-called enterprise-based union in Newmont Ahafo, calling itself the Extractive Industry Workers Union, led by one Victor Asare Gyapong, as Executive Director.

The Ghana Mineworkers’ Union would therefore like to place on record that the unguarded utterances and wild allegations made by the so-called enterprise workers group led by the said Victor Asare Gyapong are completely unfounded and are only calculated attempts to dent the enviable image of the GMWU in order to further his parochial interest.

The GMWU has therefore decided to restrain itself from commenting on most of these wild allegations as some of the issues are in Court and also out of respect for the hardworking individuals and institutions who are working to ensure the promotion and maintenance of a serene industrial relations atmosphere so that the mining sector can continue to contribute to national development. The GMWU will however resist any attempt by any individual or group whose sole agenda is to create confusion or foment trouble in the mining sector just so they can further their self-seeking interest.

Meanwhile, it is important to place on record that the said union calling itself the Extractive Industry Workers’ Union is only an enterprise-based union whose jurisdiction does not even go beyond the senior staff within Newmont Ghana Gold Limited itself and therefore to claim that some 500 junior staff of Newmont Ahafo and Akyem resigned to join his so-called union is not only a palpable falsehood but it brings into sharp focus the credibility and integrity of the faces behind this so-called enterprise-based union.

The Ghana Mineworkers’ Union as a law-abiding trade union organization with credible credentials as a strong defender of workers’ rights spanning seven decades and counting and known both locally and internationally as an advocate of workers’ rights shall continue to defend, protect and promote workers’ rights including that of Mr. Gyapong and his cohorts even in the face of unwarranted provocations and shall not be disrupted by any disgruntled persons.