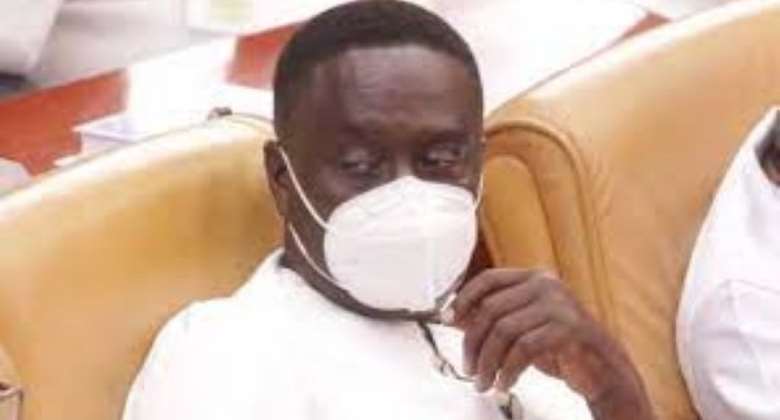 US-based Ghanaian professor and private legal practitioner, Kwaku Asare has questioned the law being used in the case against embattled Assin North MP, James Gyakye Quayson to take away his seat.

According to the private legal practitioner, the case against the Assin North lawmaker is not that he is a dual citizen but rather, the legislator did not “compel the Canadian officials to process his renunciation application quickly.”

The US-based Professor also called on the country’s courts and the entire nation, to do better to eschew the political savagery that has engulfed the country.

In a Facebook post on Tuesday, 5 April 2022, the US-based Professor said: “The case against the Assin North MP is not that he is a dual citizen. The undisputed facts are that he filed for the renunciation of his Canadian citizenship in December 2019, a full year ahead of the 2020 general elections. The processing of the application was delayed by the pandemic but was granted in November 2020. It normally takes 3 months.”

Professor Asare noted that: “The EC inspected his certificate of renunciation pursuant to a letter of 24 November 2020 and cleared him to run for his seat on December 7, 2020.He was elected on December 7, 2020 and duly sworn in as an MP on January 7, 2020.So the case against him is that he did not compel the Canadian officials to process his renunciation application quickly enough such that even if the renunciation became effective before the elections and was accepted by the EC, he must be forced to vacate his post for a bye-election that he is fully eligible to compete in.

“I cannot support this line of reasoning and I reject it. What is the law that is being used to take his seat from him? It is Article 94(2)(a).That law says that “a person shall not be qualified to be a member of Parliament if he owes allegiance to a country other than Ghana.” Notice that this law does not talk about dual citizenship. However, that is a complex issue, for the current purpose, so let us assume it does. The law does not say anything about when this disqualification applies.

“Is it at the time of filing for party primary, national election, voting day, or on the first day of Parliament?A high court judge cannot rely on Wikipedia to insert a date into Article 94(2)(a). But even it wants to do so in a petition that calls for setting aside election results, he should be guided by PNDCL 284(20)(d), which reminds us that voters’ wishes must be respected and the ground for cancelling an election results is “that the candidate was at the time of his election a person not qualified or a person disqualified for election.”So the only question the high court judge should ask is that on December 7, 2020, at the time of his election, had he applied to renounce (the subjective test) or if you want to use an objective test had his renunciation become effective?”

The US-based Professor further questioned the usual deference that is accorded to the Electoral Commission (EC) in such matters by the Court.

“How difficult is this to figure out? Did this same court system not answer an analogous question in the Dr Zanetor case not too long ago? How does this clear error become invisible to the appellate courts? How does the appellate system not see that a high court judge has interpreted “allegiance” and inserted its own dates in article 94(2)(a), disregarded PNDCL 284 20(d), and has applied an objective standard to allegiance, which is a subjective concept?

“The EC reviewed the Assin North MPs papers, including his renunciation certificate, and applied the law to say he is qualified. Why is this call by the EC not subject to the usual deference that the Courts give to the EC in these matters? Those who want to disqualify him and apparently the courts have set aside section 20(d) of PNDCL 284 and inserted their own deadline in article 94(2)(a).”

He added: “We must do better as a nation! There is just too much political savagery. And the courts must do much much much better!!Is it now the law that the time that Canada (other countries) acts on renunciation applications decides who qualifies to be a Ghanafuo MP?

“Will Ghanaians be permanently barred from running as MP if Canada passes a law that it no longer allows renunciation of Canadian citizenship?”

The Supreme Court will deliver its ruling on the injunction application filed by a private citizen, Michael Ankomah Nimfah refraining Mr Quayson from performing his duties as a Parliamentarian, Wednesday, 13 April 2022.

Mr Quayson is in court after a Cape Coast High Court in July 2021 annulled his election as Assin North MP for owing allegiance to another country other than Ghana at the time of filing his nomination forms to contest the polls.

The MP is appealing the ruling at the Court of Appeal.

However, Mr Nimfah want the embattled lawmaker to be restrained from performing Parliamentary duties while they await the decision of the Court of Appeal.