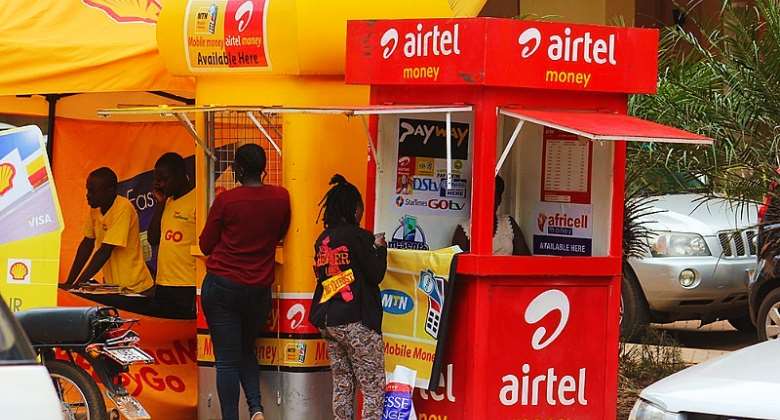 Communication Team Member of the New Patriotic Party (NPP), Kafui Amegah, believes Ghanaians have no other alternative means of conducting financial transactions with ease other than with the mobile money platforms.

According to him, choosing to travel to hand over money to a third person is problematic as the risk involved is way higher than being charged a fee for transferring the money electronically.

Parliament approved a new electronic transaction tax which the government says will help raise the much-needed revenue but which has sparked widespread criticism.

The e-levy bill, passed on Tuesday, will introduce a 1.5 percent tax on electronic money transfers and transactions. President Nana Akufo-Addo’s government has said the move will help address problems from unemployment to Ghana’s high public debt.

But for many Ghanaians, the tax represents yet another burden as they are already struggling with high living costs.

With the government disclosing the e-levy will take effect from May 1, 2022, some Ghanaians have begun withdrawing their monies from mobile money platforms and resorted to cash payment rather than mobile money transfers.

Addressing news of panic withdrawals, Kafui Amegah said, “What other alternative do you have if you decide not to use momo transactions? It is either you send the money to the person by car or issue a cheque to them. This becomes another problem all together. Momo provides convenience in transactions and will still be used by Ghanaians.”

In an interview with Happy98.9FM’s Don Kwabena Prah on the ‘Epa Hoa Daben’ political talk show, he advised Ghanaians against panic withdrawals, urging them to pay the e-levy. “We all want to enjoy development in Ghana and if that is what we want then we have to pay for it through taxes. I know it will not be easy initially but considering the importance of the levy we should all contribute to it as a people.”

Kudus becomes first Ghanaian player to score twice in a sing...
49 minutes ago