NPPUK goes to the polls 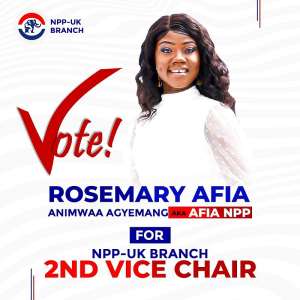 The selection of executives mandated by the party’s constitution is due and NPP - UK branch is will soon be at the polls.

It is interesting to note that NPP UK branch in its history will have the first young woman aspirant contesting for the seat of 2nd vice chair.

Rosemary Afia Animwaa Agyemang popularly known in party circles as Afia NPP is diligent with an affable personality who has served this great tradition since her school days; she was the women’s organiser 2008 (Tescon Knust), Treasurer (NUGS KNUST), Deputy Electoral commissioner (National NUGS Congress 2010 Wa), Research/Special Assistant in parliament, Polling Agent, was of various committees, and has contributed towards many courses in the party.

Afia believes female representation on the executive board is not something the party can boast about as a premier branch in the diaspora hence her resolve to contest in this election to encourage other women who feel they can serve with their skills in the day-to-day development task at hand and ultimately to help contribute to nation building.

When given the nod, she is poised to work towards the acquisition of an ultramodern office space that will serve members in this jurisdiction. She also believes effective communication and mobilisation through the use of social media and the adoption of digitalisation will boost activities and as well help in record keeping and serve as a repository of information for the next generation.

She is confident that her election will inspire other women to take up the mantle of leadership to bring their best in support of the New patriotic party and people.

She is hereby counting on all voters to let the feminine voice be heard at the table of men in NPP UK. 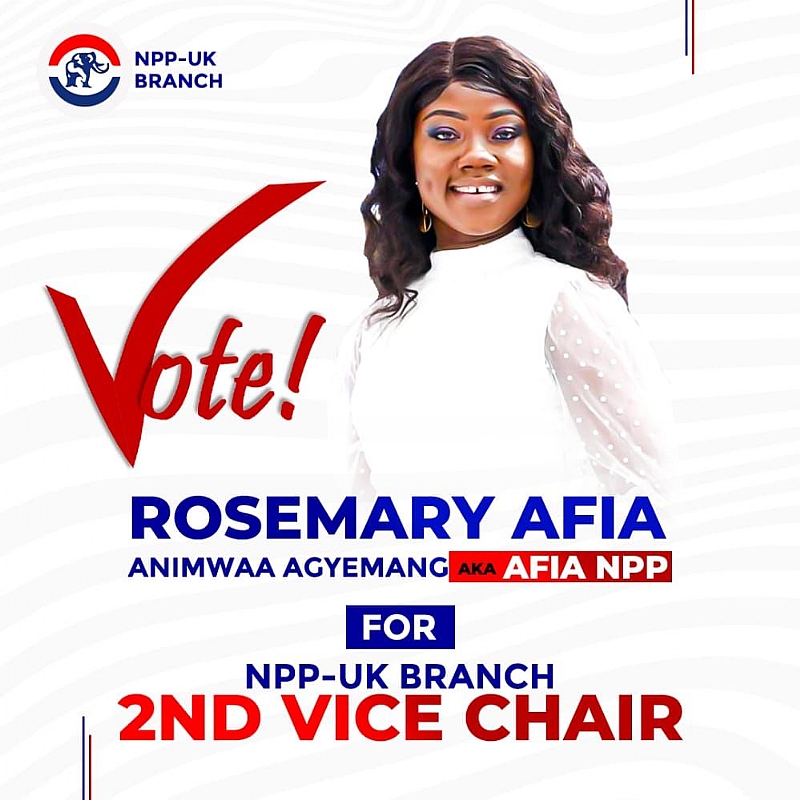