Is Ghana A Poor Country? 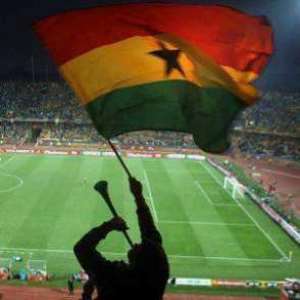 I hate to be political but let the TRUTH be told: GHANA IS NOT POOR!

However the rich who enter politics and those who enter politics to become rich, are the evil who since Nkrumah’s time have worked to make Ghana look so poor! These people hated a man from poor background like Nkrumah transform Ghana to provide opportunities like Education to the poor.

Since some of us were children in the 1950s I have been struggling to understand why people hated the man,, and it’s becoming clear!

The good book of the Christians says:

“He that hath a bountiful eye shall be blessed; for he giveth of his bread to the poor. (Proverbs 22:9)

“He that oppresseth the poor to increase his riches, and he that giveth to the rich, shall surely come to want. (Proverbs 22:16)

Some forty or so years ago one Finance Minister Dr. Kwesi Botchwey said he was imposing a “super sales tax” of 500% duties on luxury vehicles! Why? Because some people were living too high above the level of the ordinary people.

The evil of “Envy politics” seems to have started when Nkrumah came to power, and turned the rich against the poor, and when the military and later the low level opposition boys also wanted to take government “free” after the 1966 coup.

Then came Rawlings and the PNDC, who took it to the highest level with high taxation and port duties for all but the politically well connected exempt!

Today the poor and ordinary people selling and buying kenkey are being asked to pay VAT and NHIL when they buy clothing and shoes but also when they receive money from relatives overseas or exchange on the local market! That is what the e-Levy is all about- a repressive tax.

I found out yesterday when I examined my receipt from purchases at major stores in Accra, that Ghana has a Covid Tax of 1% in addition to the 17.5% tax for VAT and 2.5% NHIL.

Why are the politicians using taxpayer money to travel overseas for their medical care when everybody pays 2.5% of purchases for a national Health Levy?

Excessive tariffs or trade taxes has been proven in a ten-year study using South American nations, to be counter-productive to economic growth. It was called the “Fiscal Dependency Hypothesis” by one American Prof. Cole (1992). No nation can use excessive taxation alone to develop! No!

Why? Simple logic if you study Economics and Business.

When taxes go up

The Rich and the Poor in Ghana: WHO GO SPEAK THE TRUTH!