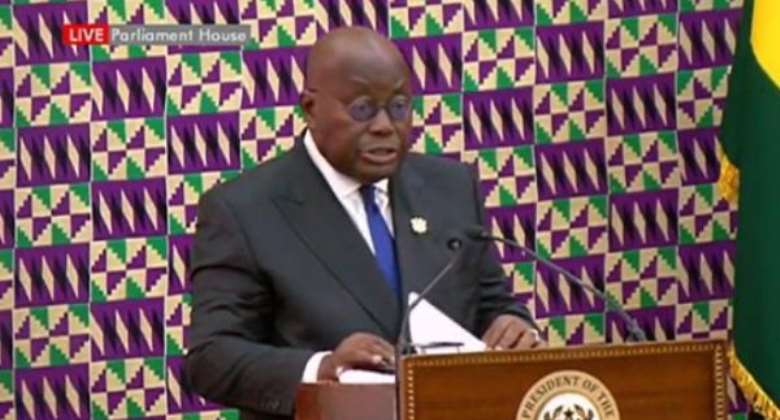 A former Member of Parliament for Suhum, Frederick Opare Ansah has said the assurance given by President Nana Akufo-Addo to complete the Agenda 111 protect before he leaves office in 2025 is apt.

He said Mr Akufo-Addo could have gone silent on the project but saw the need to assure the people of the completion.

“The President is doing and saying all these things in a time that there is no election beckoning. President Nana Addo could have kept quiet in the Agenda 111 project and reassured us of the future,” Mr Opare Ansah said on the Key Points on TV3 Saturday April 2 with host Dzifa Bampoh.

Mr Akufo-Addo in his 2022 State of the Nation Address in Parliament on Wednesday March 30 said “This pandemic exposed other shortcomings of our country, which have, undoubtedly, contributed to the anxieties that have befallen the nation. Agenda 111 was born out of this necessity to address some of these shortcomings. At the normal rate of growth, we are not likely to make up the deficit in our health facilities infrastructure for a very long time. Hence, the need for a special, dedicated programme of infrastructural development.

“Mr Speaker, I have to report that, like all major construction projects, it is evident that the initial schedule we gave for the completion of the Agenda 111 was overly ambitious. Identifying suitable sites around the country, for example, has turned out to be even more problematic than had been anticipated.

“I am able to say that a great deal of the preparatory work has now been completed, and work has started at eighty-seven (87) of the one hundred and eleven (111) sites. I have been assured that preliminary work on the remaining twenty-four (24) sites is ongoing.

“We have every intention of seeing this project through to a successful end, which will enable me to commission all one hundred and eleven (111) hospitals before I leave office on 7th January 2025.”