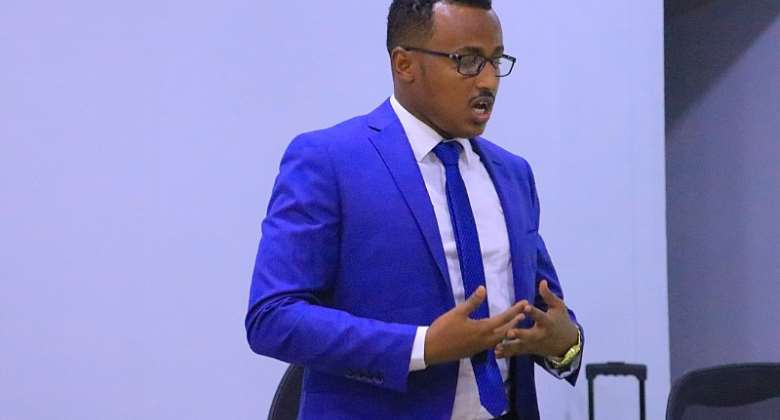 Young people across the globe are a driving force for change. They are creative, inspired, energetic and enthusiastic. Across Somalia, the community is experiencing a “youth bulge,” with young people far outnumbering older adults, often in circumstances of high unemployment and other social, economic and political stresses. Researchers and scholars have documented the resulting potential for crises stemming from widespread discontent, including conflicts spiraling into violence and the draw of violent extremism.

The young Somali leader, for example, said the idea of teaching conflict resolution skills to young people in early time might have prevented much of the wars that took place in the country for mere disagreements.

"If young people were civically engaged prior to the civil war, or taught peaceful conflict resolution, Somalia would have been in a better place" says Jibriil Mohamed, Deputy executive director of T-hub.

T-hub aims to provide a network of mutual support and help young people learn ways to resolve conflicts peacefully. The community these leaders build among their own ranks enable them to share successes, find encouragement, and access support as they struggle to continue their work.