By Committee to Protect Journalists
Uganda 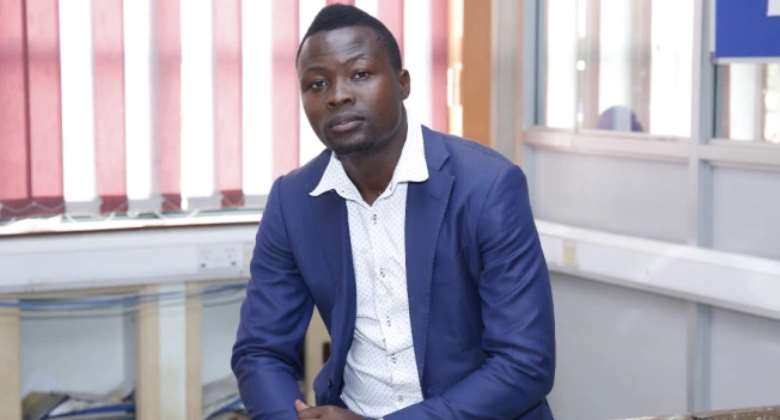 Journalist Lawrence Kitatta has been in hiding and unable to work since March 11, 2022, when a group of 12 men thought to be plain-clothed government security officers were seen allegedly surveilling the offices of the Vision Group, a Ugandan media organization that publishes Kitatta's work. (Photo courtesy Kitatta)

Ugandan authorities should investigate a February 22 assault on and several incidents of suspected surveillance of freelance journalist Lawrence Kitatta, and hold those responsible to account, the Committee to Protect Journalists said Thursday.

Kitatta, a photojournalist and reporter, has been in hiding and unable to work since March 11, he told CPJ via messaging app, after a group of 12 men thought to be plain-clothed government security officers were seen allegedly surveilling the offices of the Vision Group, a Kampala-based state-owned media company that publishes Kitatta’s work in its New Vision and Bukedde newspapers, according to a report by New Vision and a statement by the local press rights group, the Human Rights Network for Journalists-Uganda.

Since February 24, Kitatta has reported two other incidents of being followed and attacked by people he believed to be security officers, he told CPJ. Kitatta believes the security personnel planned to detain him following a February 22 incident in which a police officer attached to the elite Presidential Protection Guard, which provides security to high-ranking government officials and delegates, kicked him while he was covering an opposition protest in Kampala outside the home of Anita Among, who has since been elected speaker of parliament, according to media reports. A police officer attached to the elite Presidential Protection Guard kicked Kitatta while he was covering an opposition protest in Kampala. The attack was widely publicized and pictures of the incident were published on the front page of the Daily Monitor, a large privately owned newspaper. (Credit Withheld)

The attack was widely publicized, and Kitatta told CPJ that a picture of the incident was published on the front page in the Daily Monitor, a large privately owned newspaper. Kitatta also wrote a first-person account that was published by New Vision.

“It is a shame that a Ugandan journalist has been forced to go into hiding out of fear simply because he spoke out about being attacked while on assignment,” said CPJ sub-Saharan Africa Representative Muthoki Mumo. “Authorities should hold the police officer who kicked Lawrence Kitattta on February 22 accountable and provide guarantees that the journalist will be allowed to continue his work safely.”

In the February 22 incident, Kitatta heard the police officer making disparaging comments about the media and saying he did not like journalists before covering his face with a mask, chasing protesters, and assaulting Kitatta, the journalist told CPJ.

In a tweet, Asan Kasingye, an assistant inspector general and chief political commissar of the Uganda police force, accused Kitatta of attempting to grab the police officer’s weapon and suggested the officer was only trying to protect his gun. Kitatta told CPJ that when the officer went to kick him, he put out his arm in front of his body in a self-defensive reflex, not to grab the police officer’s gun.

Kitatta first suspected he was being surveilled on February 24, when a man in civilian clothes approached the journalist while he was walking back to the Vision Group following a lunch break, Kitatta told CPJ. The man called him by name but walked away when Kitatta responded.

“I think he was trying to confirm it was me, to confirm my identity,” Kitatta said.

On the evening of February 28, when he was riding his motorcycle home from the Vision Group offices, he noticed a man riding another motorcycle without a license plate following him, Kitatta told CPJ. The man followed him for about two miles (three kilometers), then tried to run him off the road. Kitatta told CPJ that he stopped and waited for the other man to drive off before taking an alternative route home. 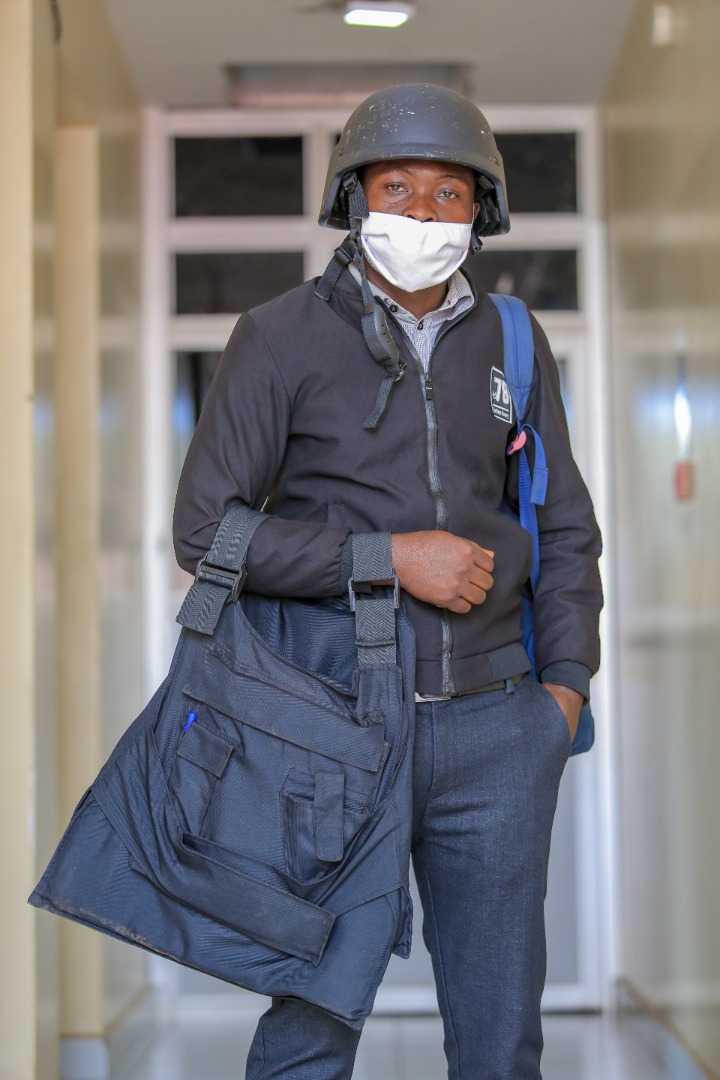 Kitatta has reported two other incidents of being followed and attacked by security officers since February 24, 2022, that he believes are connected to his assault by a police officer during a February 22 protest. (Photo courtesy Kitatta)

On March 1, accompanied by a Vision Group lawyer, Kitatta reported both incidents to police at the Jinja Road station, in Kampala, according to a report published by the newspaper, which CPJ reviewed.

Kitatta told CPJ that he believed that the group of men outside the Vision Group building on March 11 incident was connected to these two earlier incidents. In its reporting, New Vision said that some of the men, riding motorcycles without license plates, watched the building’s exit while another group waited in an idling car.

When one of the men was asked by Vision staff what they were doing outside the Vision Group offices, the man claimed to be looking to hire space for a conference — a service the media company does not provide. Kitatta told CPJ that at least one of the men approached a Vision Group security officer, asking for Kitatta’s whereabouts.

Kitatta told CPJ that he was warned by his colleagues that there were men looking for him, so he hid in the Vision Group offices throughout the afternoon until they left.

In a telephone call on March 31, Kasingye said he had no comment on the case and referred CPJ to police spokesperson Fred Enanga and the Criminal Investigations Department spokesperson Charles Twiine for comment.

Twiine asked CPJ to visit his office for a response to queries sent via messaging application and did not respond to a further request to communicate his comments either via email or WhatsApp. Enanga did not answer multiple calls and messages from CPJ requesting comment. CPJ’s March 26 email to the police was also unanswered.