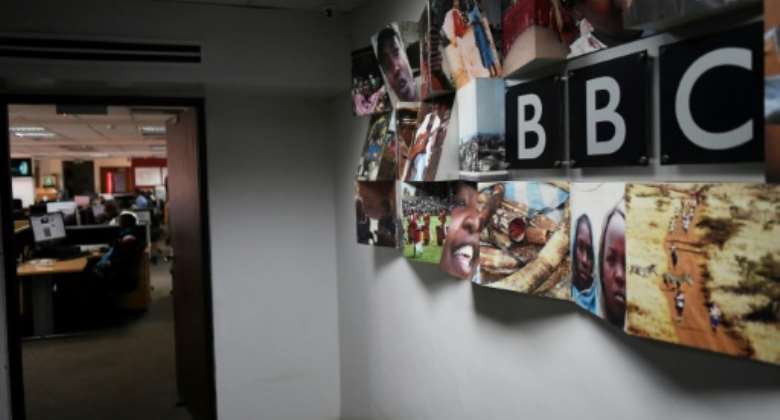 BBC was suspended in Burundi in May 2018, barely two weeks before a constitutional referendum. By SIMON MAINA (AFP/File)

Burundi's media authority announced Wednesday that it would lift a nationwide ban on the British Broadcasting Corporation (BBC), nearly three years after the broadcaster was forced to stop operating in the East African country.

The National Communication Council withdrew the license for the broadcasting giant in 2019, accusing it of breaching press laws and unprofessional conduct.

The broadcaster had met the conditions set by the government, Nahimana said, adding that President Evariste Ndayishimiye had initiated the easing of restrictions on sanctioned news outlets.

BBC radio was initially suspended alongside Voice of America (VOA) in May 2018, barely two weeks before a constitutional referendum intended to shore up the power of former President Pierre Nkurunziza and enable him to rule until 2034.

The government-controlled media regulator accused the BBC of damaging the reputation of Nkurunziza during a discussion programme and said the broadcaster had "ignored" previous warnings.

The suspension followed a damning BBC investigation into alleged secret torture sites run by the government to silence dissent. The state denied the report, dismissing it as "fake news."

Nkurunziza -- a sports enthusiast and evangelical -- died of heart failure in June 2020.

Following Ndashimiye's election, Western nations including the United States and the European Union have eased sanctions on the country, crediting elections, a fall in violence, and government reforms. But campaign groups insist human rights are still being widely abused.

Prior to the ban, the BBC and VOA used to broadcast daily in the national language Kirundi as well as in French and English, and drew large numbers of listeners, especially in rural areas.

Burundi is the poorest country in the world as measured by GDP per capita, at less than $240 (215 euros) in 2020, according to the World Bank.

It is ranked among the worst countries in the world for press freedom, with many local and international news outlets blacklisted and independent journalists forced into exile since a major political crisis in 2015.